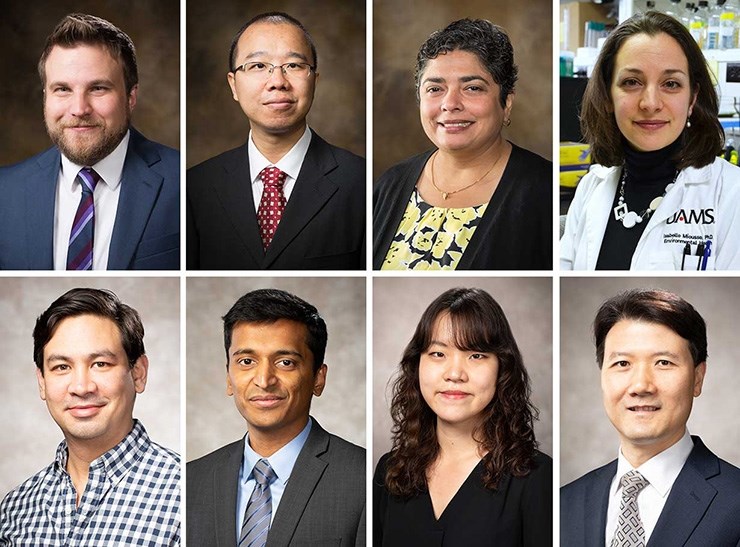 A $10.8 million grant from the National Institutes of Health will enable an interdisciplinary team of researchers at the U of A and University of Arkansas for Medical Sciences to address the role of cell and tissue metabolism in rare and common diseases such as cancer, diabetes, obesity and mitochondrial disorders.

“Our center will support important scientific contributions not only in specific biomedical fields associated with metabolic diseases, but also broader contemporary research on metabolism, exploring issues such as the sensitivity of mitochondrial biomarkers to explain the onset and progression of rare and common diseases,” said Kyle Quinn, associate professor of biomedical engineering. “Ultimately, the center will help cultivate a critical mass of researchers determined to solve multiple human health problems with metabolic underpinnings that have been particularly devastating in Arkansas and the southeastern United States, such as cancer, diabetes and obesity.”

The center will benefit from the leadership of an interdisciplinary team of scientists. Quinn, a leader in metabolic imaging and biomedical optics, will serve as the center’s director. The center will also have three research cores focused on providing complementary, state-of-the-art research tools to aid researchers in studying cell and tissue metabolism.

The imaging and spectroscopy core, directed by Narasimhan Rajaram, associate professor of biomedical engineering, will use multiphoton microscopy to provide non-invasive measures of metabolism in cells, tissues and animals. The core will also offer a variety of spectroscopy, confocal and wide-field imaging services.

In addition to these primary research cores, the center will have four research projects led by junior faculty members concentrating on different aspects of cell and tissue metabolism during tissue development and disease. These include:

Metabolic research encompasses a broad range of chemical reactions needed for the conversion of food and molecules to energy, the elimination of waste products and the conversion of molecules to building blocks for proteins, lipids, nucleic acids and carbohydrates. Work by the center’s researchers will focus on whole organism, specific tissues, individual cells and organelles, such as mitochondria, which are known as the energy producing “powerhouses” of the cells. Explaining the complex relationships between metabolism and different disease states by using established bioenergetics assays, advanced label-free imaging technology and cutting-edge data-science approaches can help establish new treatment approaches for a variety of diseases.

Innovations in clinical diagnostics and therapeutics developed by the center’s researchers will expand economic opportunities in Arkansas by establishing partnerships with existing technology companies in the state, creating new biotech startup companies in Northwest Arkansas and providing mentorship, training and employment to faculty, prospective students and biomedical technicians.

“The presence of this collaborative team of federally funded engineers and scientists in the areas of metabolic imaging and spectroscopy, bioenergetics and data science, is a unique attribute for the University of Arkansas,” said John English, vice chancellor for research and innovation at the U of A. “These strengths will allow our researchers to ask new and interesting questions involving fundamental aspects of cell metabolism and its role in disease and development.”