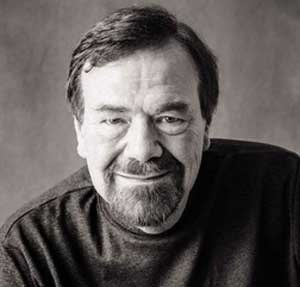 Stephen Smith, professor emeritus in the Department of Communication of the Fulbright College of Arts and Sciences, will be honored with the 2021 Michael M. Osborn Teacher-Scholar Award at the Southern States Communication Association's 91st Annual Conference this week.

The Osborn Award is presented annually to honor a member of the Southern States Communication Association who has a balanced professional career, having achieved excellence in teaching, scholarship and service to their institutions and the discipline.

Smith is a nationally and internationally known scholar with more than 90 publications, including nine books, 22 book chapters, 37 journal articles and 30 other scholarly contributions. In addition to his scholarship, Smith served in the Arkansas House of Representatives, worked as campaign manager for successful statewide political campaigns, served as vice president of the Arkansas Constitutional Convention, chief of staff to the Arkansas Attorney General and executive assistant to the governor of Arkansas and has many years of service to the Fayetteville community and the state of Arkansas.

Smith was nominated by former student Charles Howard, who is now on the faculty at Tarleton State University.

Howard extolled Smith's dedication to his students and to the study of political communication, saying, "I can say without hesitation that his contribution to my understanding of research and scholarship cannot be overestimated. I took every class in graduate school I could with him, and he stretched my mind in ways too numerous to recount. He is the only person in my professional life that I would refer to as a mentor."

Smith will be honored virtually during the annual awards ceremony April 8.