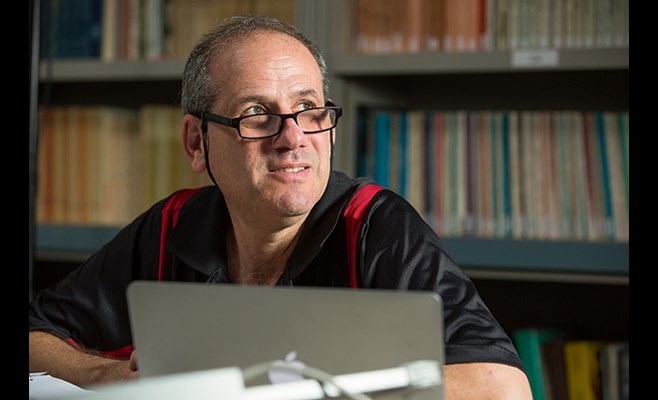 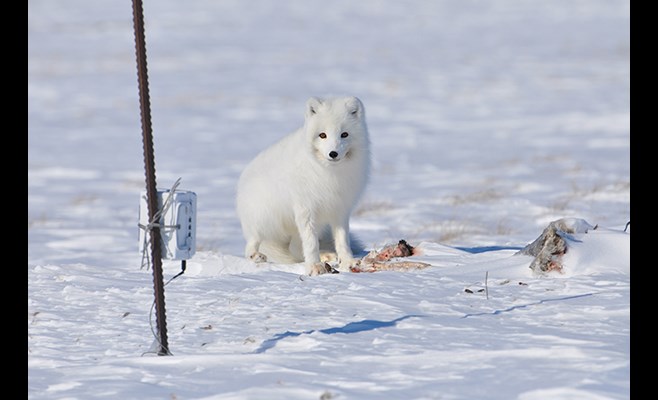 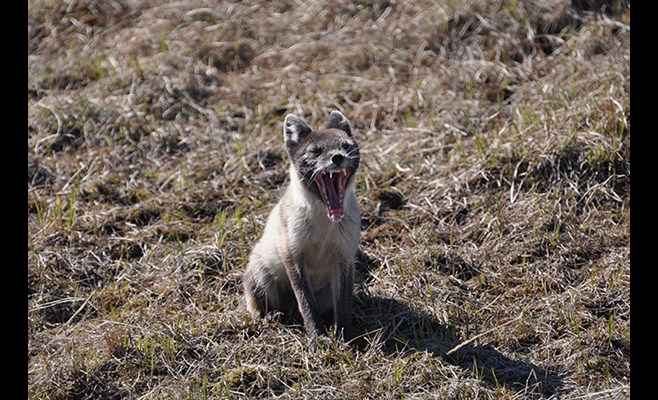 Arctic fox, in summer fur. Arctic foxes are the only canids that change the color of their fur twice a year. Photo provided by Aleksandr Sokolov, Arctic Research Station. 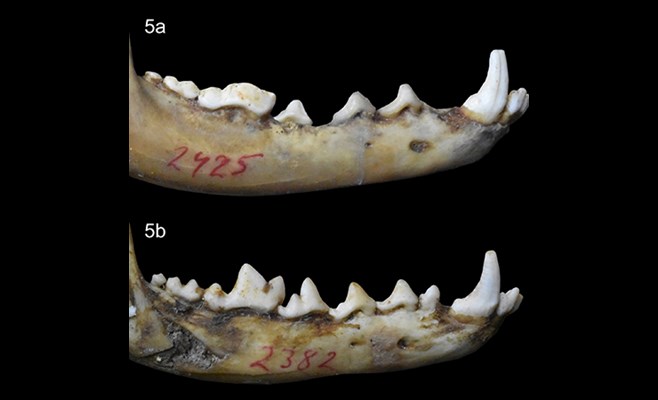 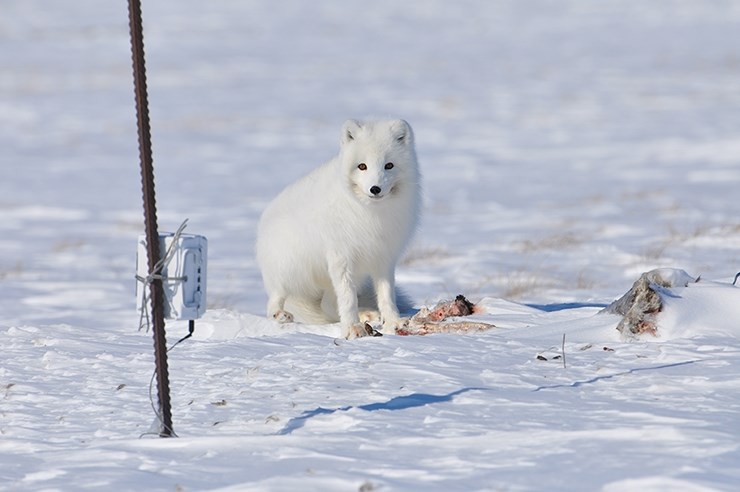 New findings on the diet of Arctic foxes, determined by the condition of their teeth, show how varying climate conditions in the Arctic affect the animals that live there.

In a study published in Polar Biology, Peter Ungar, Distinguished Professor of anthropology at the U of A, and several co-authors analyzed tooth breakage and wear – both gross and micro – of Arctic foxes from Russia’s Yamal Peninsula.

Studying the effect of varying climate conditions within this region helps scientists understand the impact of climate change on vulnerable animals and could explain future responses and adaptation, given the warming trend and thawing in Arctic areas. The researchers’ study is the first to combine dental proxies for short-term, or seasonal, and long-term, or lifetime, diet to better understand how resource depletion affects species differently in different locations within the Arctic.

In this study, the researchers compared the condition of the teeth over space – northern versus southern peninsula – and time and found that foxes from the northern peninsula likely had to periodically rely on larger prey rather than their preferred prey of rodents such as lemmings and voles.

Microwear analysis of teeth indicated the foxes in both locations dined on the preferred smaller prey during rodent “rich” years. However, during rodent “bust” years in the southern peninsula, the foxes had to adapt to conditions and fall back on larger prey, such as ptarmigans and hares. In the north, where these species were less available, foxes evidently scavenged more reindeer carcasses.

Bone consumption by animals causes tooth breakage, heavy wear and microscopic pitting. Breakage and gross wear reflect animal diet over the course of a lifetime, whereas microscopic pitting reflects a pattern of seasonal changes over time. Ungar is a leading expert in dental microwear analysis, including what it says about animals’ diet as it relates to evolution.

“These data together suggest that dental evidence can provide important insights into variation in the feeding ecology of Arctic foxes and potentially into the impacts of changes in food abundance across space and time,” Ungar said.

The Arctic fox is listed as a climate change flagship species by the International Union for Conservation of Nature.

The researchers, including colleagues from the United States, Russia, Norway and France, examined 78 Arctic fox specimens, all caught by indigenous trappers on Yamal for the purpose of harvesting fur. Preliminary analysis focused on three trapping periods – December 1981 to March 1982, November 1983 to March 1984 and October 2007 to March 2008. The foxes were selected from the northern and southern Yamal regions during the rodent-poor periods of 1981-1982 and 2007-2008 and rodent-rich period of 1983-1984.

“Time or space alone is not enough to get the full story of fox ecological response to environmental variation,” Ungar said. “Combining these proxies for understanding life in the past is essential to inform us on the ecology of living animals in a rapidly changing and fragile ecosystem.”

The researchers’ study is part of a large, multi-year project focused on the Yamal Peninsula, which serves as a small-scale and manageable research model for the Arctic as a whole. Habitats of the Yamal region, roughly 1,400 miles northeast of Moscow, range from forest in the south to tundra in the north. The Yamal has a rich diversity of native and invasive plant and animal species, a large indigenous population with strong traditional culture, and economically critical natural resources. As part of this project, Ungar and his colleagues are studying how climate change – specifically warming and extreme weather – has affected the temperature, precipitation and landforms in the region, and how people, animals and plants have adapted to these changes.

Ungar’s co-authors are Alexandria Peterson, graduate student in the U of A’s Environmental Dynamics program; Blaire Van Valkenburgh at the University of California, Los Angeles; Dorothee Ehrich from the Arctic University of Norway; Olivier Gilg from the Groupe de Recherche en Écologie Arctique in France; and Aleksandr Sokolov, Natalia Sokolova, Ivan Fufachev, Alexandra Terekhina, Alexander Volkovitskiy and Viktor Shtro from the Arctic Research Station, Institute of Plant and Animal Ecology of the Ural Branch of the Russian Academy of Sciences.

This project was made possible through funding from the National Science Foundation’s Navigating the New Arctic initiative, one of NSF’s 10 Big Ideas.

Ungar is director of the Environmental Dynamics program at the U of A.