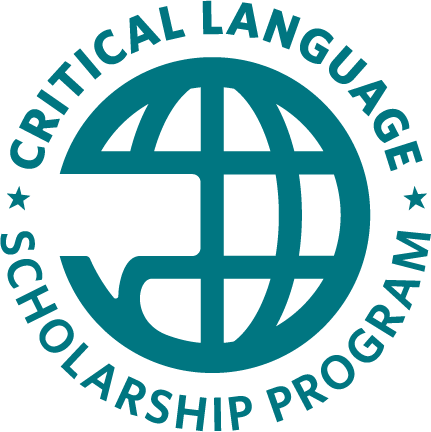 Three U of A students were selected as finalists, and one student was selected as an alternate, for the Critical Language Scholarship Program, sponsored by the U.S. Department of State. The CLS Program is an intensive overseas language and cultural immersion program for American students enrolled at U.S. colleges and universities.

The CLS program is part of a wider government initiative to expand the number of Americans studying and mastering foreign languages that are critical to national security and economic prosperity. Critical Language Scholarships prepare students for a globalized workforce and increasing national competitiveness.

Edvan Brito, assistant professor of Portuguese and Portuguese program director, said, "As a language instructor, I am a strong advocate for study abroad programs like the CLS because they provide unique opportunities for language students to further develop both their language proficiency and their cultural competence."

Finalists for the 2021 CLS Program were selected from a diverse pool of over 4,600 applicants, representing all 50 states, the District of Columbia, Puerto Rico, Guam and the Northern Mariana Islands. They represented 628 different higher education institutions across the country, including 151 Minority-Serving Institutions, 14 Historically Black Colleges and Universities, and 57 community colleges.

This year's U of A finalists:

Rome "Romie" Hernandez is a graduate student in the M.F.A. Creative Writing Program with a focus in poetry. "I have had the opportunity to work with amazing literary translators, such as professors Geoff Brock, Padma Viswanathan, and John Duval, as well as the students in the M.F.A.'s literary translation track," Hernandez said. "These fantastic writers inspired me to begin translating from Spanish, my second language, and to begin translating Brazilian literature, which is generally underrepresented in English translation." Hernandez said that CLS provided a opportunity to develop skills in Portuguese while also learning about Brazilian culture.

Vasantha Sambamurti is a graduate student in the M.F.A. Creative Writing Program. Sambamurti said she has always wondered how to acquire the language necessary to approach questions related to her studies and said the CLS program allowed her to fill in those gaps through language immersion. "Receiving the CLS award in Hindi allows me to take a meaningful step towards investigating the relationship between South Asian languages to creative writing, literary translation and postcolonial scholarship," Sambamurti said. "I'm excited to contribute what I learn to future projects examining the role of interdisciplinarity and personal narrative in articulating South Asian diasporic attachments to meaning-making and art."

Lucas Ros, a senior majoring in Spanish and international and global studies, said CLS was the right option to improve his Russian language skills to a level desirable to federal employers. "The U.S. government, particularly the intelligence community and the Department of State, is looking for candidates with advanced language skills," Ros said. CLS provides cutting-edge instruction in less commonly taught languages and offers a valuable language placement test recognized by all government agencies, he said. Ros said CLS is a valuable tool to help students know what language skills are in demand in the public sector.

Additionally, Spencer Hazeslip, an Honors College Fellow studying biochemistry and Spanish, won an alternate spot for studying Russian. Hazeslip said he has always wanted to learn Russian. "There was just something intriguing about the former Soviet republics that made me want to learn the language and delve deeper into their history and culture." After discovering that taking Russian would fulfill one of the requirements for a Spanish degree, Hazeslip decided to enroll and get serious about becoming fluent. "I look forward to improving my Russian communication skills, which I plan to use in international medical research and in caring for patients as a physician," Hazeslip said.

Since 2008, the U of A has celebrated 31 CLS finalists. The Critical Language Scholarship Program is administered by American Councils for International Education.