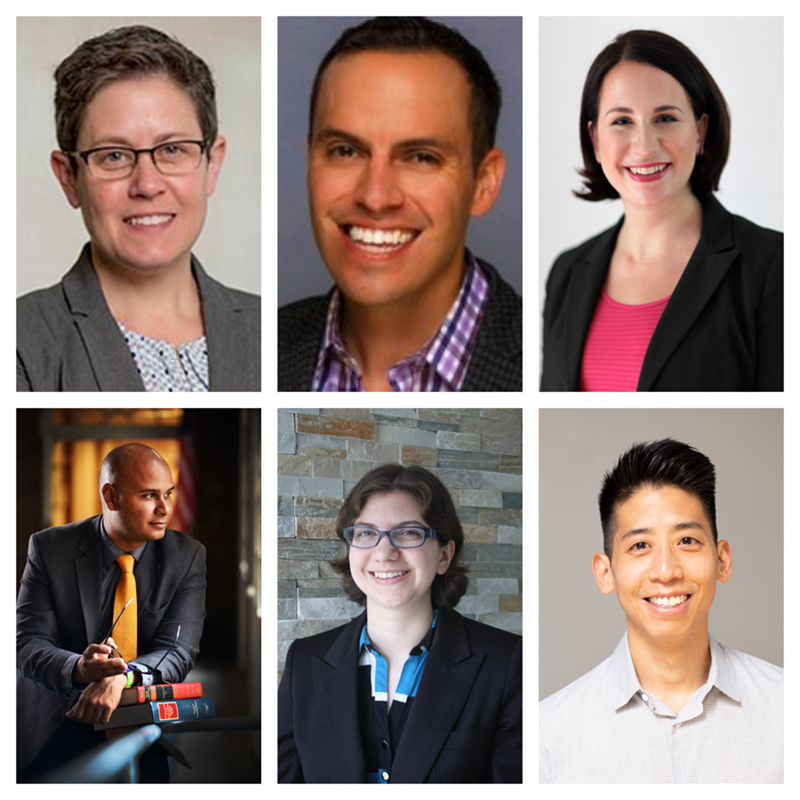 The colloquium, which is virtual this semester, creates space to bring in law and policy experts from across the country who are doing innovative research on a diverse range of LGBTQ law and policy topics of interest to the Arkansas community. It also provides a forum for U of A students to engage with those experts.

The colloquium began on Jan. 27 and will conclude on April 7. Currently, it is only open to enrolled students.

"The colloquium is one of the ways in which the law school is affecting the quality of public discourse associated with the complex law and policy issues related to sexual orientation and gender identity," said Margaret Sova McCabe, dean of the School of Law at the U of A.

"The program is laying the groundwork for the law school to become a hub for relevant and cutting-edge research on LGBTQ law and policy in the state and beyond," said Jordan Blair Woods, associate professor of law and faculty director of the Richard B. Atkinson LGBTQ Law & Policy Program.

Woods is a national expert in the area of sexual orientation and gender identity law. He recently won a Best LGBTQ+ Lawyers Under 40 Award by the National LGBT Bar Association. The award is given each year to 40 LGBTQ+ legal professionals under the age of 40 who have distinguished themselves in their field and have demonstrated a profound commitment to LGBTQ+ equality. Prior to joining the law faculty, Woods completed a three-year fellowship at the Williams Institute on Sexual Orientation and Gender Identity Law & Policy at UCLA School of Law.

The colloquium has been made possible by the generous contribution of Michael Hollomon and Eric Wailes. They made a planned gift of $500,000 to create the Richard B. Atkinson Law and Sexuality Fund in the School of Law. The fund will create visible opportunities for better understanding of, and advocacy in, sexuality and the law. Holloman and Wailes are also contributing $20,000 annually for current use funding, so projects like the Atkinson Colloquium can be implemented sooner.

The donation is in remembrance of Richard B. Atkinson, former dean of the law school and former life partner of Hollomon, who passed away in 2005. The courtyard at the School of Law is dedicated in Atkinson's memory.

Kyle Velte, associate professor of law at the University of Kansas School of Law, discussed "The Nineteenth Amendment and Religious Exemptions."