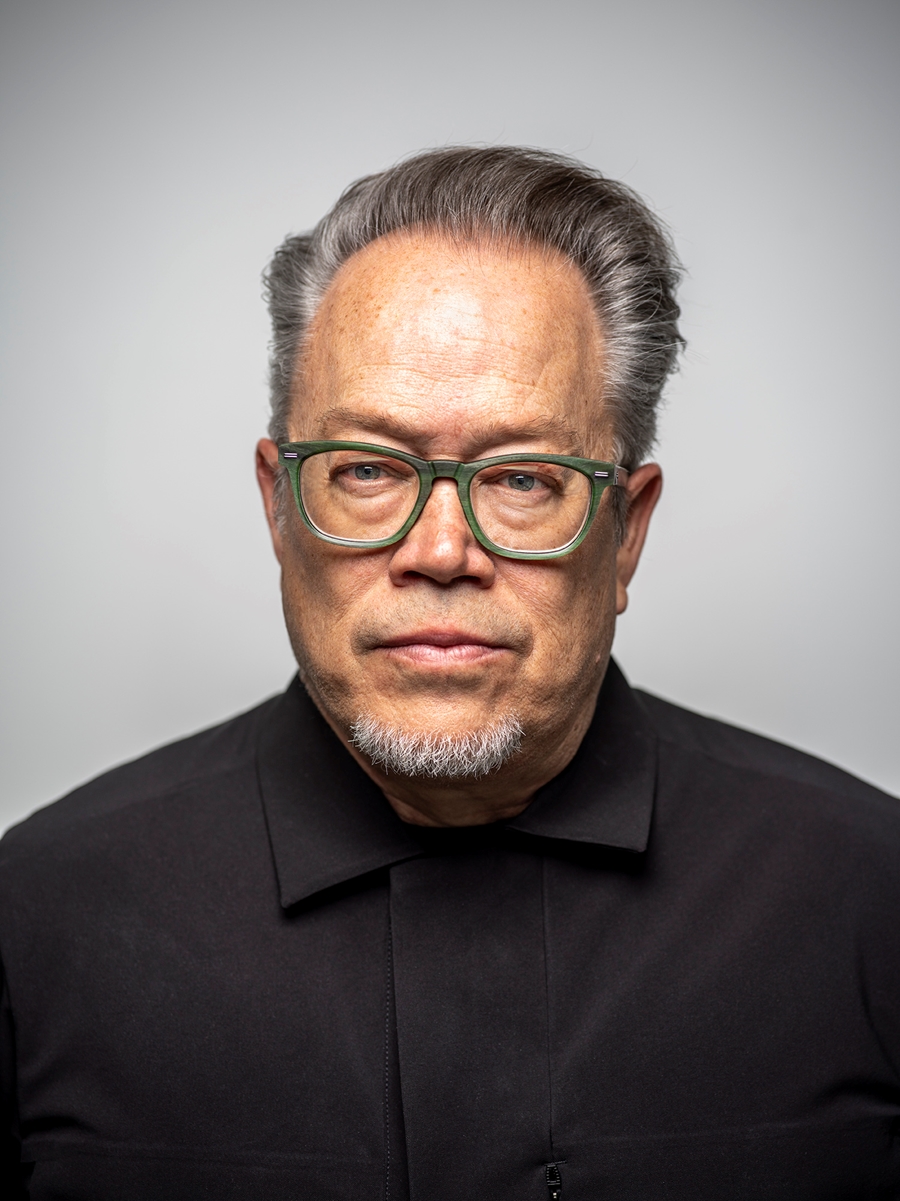 U of A architecture professor Marlon Blackwell has been elected to become a member of the American Academy of Arts and Letters.

University of Arkansas architecture professor Marlon Blackwell has been elected to become a member of the American Academy of Arts and Letters — joining an elite group of architects so honored.

The American Academy of Arts and Letters was founded in 1898 as an honor society of the nation’s leading architects, artists, composers and writers. Membership is limited to 300 individuals who are elected for life and pay no dues. The honor of election is considered the highest form of recognition of artistic merit in the United States.

The 29 new members and four honorary members will be inducted into the American Academy of Arts and Letters during its virtual award ceremony May 19.

Including the newly elected members, Blackwell will be one of only 21 architects in the Academy. He is the only member architect with a practice outside of the East and West Coasts; most are based in New York.

“You are welcomed into a fellowship of esteemed American artists who are making a real impact, and your work is acknowledged by these folks who are operating at the highest level of excellence in the discipline,” Blackwell said. “It’s amazing, and it’s amazing to be part of this accomplished group — I’m very humbled.”

Blackwell is also the only current living Arkansan to be elected to Academy membership. Alumnus Edward Durell Stone, the architect, who was born in Fayetteville and received multiple design awards from the American Institute of Architects, was elected to the Academy in 1958. John Gould Fletcher, the poet and essayist, who was born in Little Rock and won the Pulitzer Prize for Poetry in 1939, was elected to the Academy in 1949, the same year he was a visiting professor at the U of A.

Blackwell is a Distinguished Professor and the E. Fay Jones Chair in Architecture in the Fay Jones School of Architecture and Design at the U of A, where he has taught since 1992. He is also founder and co-principal of his Fayetteville-based design practice, Marlon Blackwell Architects, and is a Fellow of the American Institute of Architects.

“This is a tremendous honor — for Marlon and for the university,” said Chancellor Joe Steinmetz. “We take great pride in the accomplishments of our faculty. Marlon’s election to the American Academy of Arts and Letters is the latest honor in a stellar career that has included just about every national and international accolade. All are well deserved. And it doesn’t hurt that this election also brings attention to the fantastic work being done at the Fay Jones School of Architecture and Design.”

Steven Holl, a New York-based architect, Academy member and recipient of the 2012 AIA Gold Medal, said this about Blackwell: “Marlon Blackwell has developed a deeply felt body of work in the heart of America together with a dedication to the school of architecture, which he designed and realized, in Fayetteville, Arkansas. Believing in the power of teaching and practicing, he is an important role model for his students of architecture. Marlon received the highest honor of the American Institute of Architects: the Gold Medal in 2020, an honor that Frank Lloyd Wright did not receive until 1949 when he was 82 years old. I had the honor of giving remarks during Marlon’s ceremony to receive the National Design Award from the Cooper-Hewitt Smithsonian Design Museum. At the dinner, Marlon told me his mother named him after Marlon Brando, who rose to fame in 1951-1954 after his role in A Streetcar Named Desire. Inspiration, hard work and desire are essential in architecture!”

Each year, if vacancies have occurred, they are filled by vote of the entire existing Academy membership. In addition to electing new members as vacancies occur, the Academy seeks to foster and sustain an interest in literature, music and the fine arts by administering more than 70 awards and prizes totaling more than $1 million annually, exhibiting art and manuscripts, presenting concerts and discussions, funding performances of new works of musical theater, and purchasing artwork for donation to museums across the country.

“Election to the American Academy of Arts and Letters signifies to the cultural community of the United States what we have known for many years already at the Fay Jones School and at the university — that Marlon Blackwell is an exemplary architect-educator,” said Peter MacKeith, dean of the school. “Further, Marlon’s election, based upon his life and work achieved in Arkansas and in this region, recognizes that American culture is most authentically and vibrantly cultivated in its heartland. Membership in the Academy is a well-deserved spotlight on an American original, one emerging from the great Mississippi watershed, placing Marlon simultaneously in the company of Mark Twain and Wendell Berry, but also alongside other Arkansans of equivalent national and international renown: Donald Harington, Miller Williams, Maya Angelou, C.D. Wright, Ronnie Hawkins and Johnny Cash. On behalf of the Fay Jones School, I’m very happy for Marlon, grateful for the opportunity to support him in his work, and looking forward to new prospects with ‘the Arkansas academician.’”

Blackwell said the Academy membership includes many of his heroes and even mentors, such as Frank Gehry, Steven Holl, Thom Mayne, Tod Williams, Billie Tsien and Peter Eisenman. He’s honored to be counted among their ranks.

Among the architects in the Academy, Blackwell is the only one representing design practice and design education happening between the coasts, in middle America.

“It’s yet another big win for the middle. I just think that it’s another example and recognition of the good things that are happening in the middle,” he said. “And to know that there may be an opportunity to recognize others from our own neck of the woods. It’s allows me to be an advocate and a voice for the middle amongst these giants of the discipline."

Blackwell received the 2020 Gold Medal from The American Institute of Architects (AIA) and was named the 2020 Southeastern Conference Professor of the Year. He received an Arts and Letters Award in Architecture from the Academy in 2012, was selected as a U.S. Artists Ford Fellow in 2014, and was inducted into the National Academy of Design in 2018.

Projects from Blackwell’s design practice have been recognized with national and international awards, including 16 national awards from the AIA. His firm received AIA Honor Awards for Shelby Farms Park (with James Corner Field Operations) in 2019, Vol Walker Hall/Steven L. Anderson Design Center at the University of Arkansas in 2018, the Crystal Bridges Museum Store at Crystal Bridges Museum of American Art in 2015, the Little Rock Creative Corridor in 2014, St. Nicholas Eastern Orthodox Church in 2013, and the Ruth Lilly Visitors Pavilion at the Indianapolis Museum of Art in 2012. Two project received AIA Housing Awards: Graphic House in 2017 and L-Stack House in 2008.

About the University of Arkansas: As Arkansas’ flagship institution, the U of A provides an internationally competitive education in more than 200 academic programs. Founded in 1871, the U of A contributes more than $2.2 billion to Arkansas’ economy through the teaching of new knowledge and skills, entrepreneurship and job development, discovery through research and creative activity while also providing training for professional disciplines. The Carnegie Foundation classifies the U of A among the top 3% of U.S. colleges and universities with the highest level of research activity. U.S. News & World Report ranks the U of A among the top public universities in the nation. See how the U of A works to build a better world at Arkansas Research News.