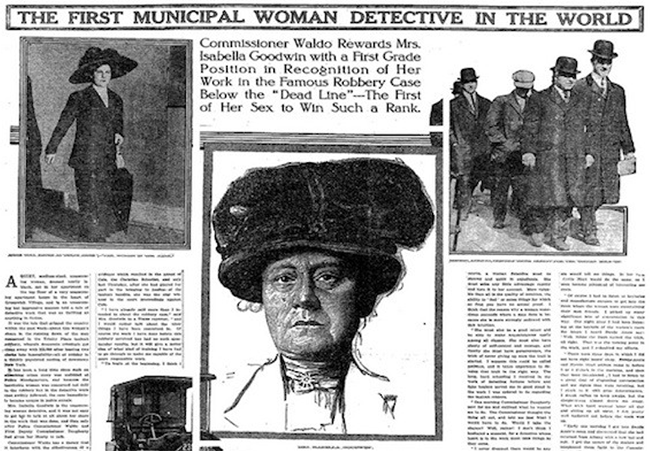 Not many women went undercover to snare famous criminals in the early 20th century. Isabella Goodwin, New York City's first woman police detective, did exactly that when she exposed bank robber Eddie "The Boob" Kinsman in 1912.

Goodwin oversaw the newly created Women's Bureau in the 1920s, which focused on cases involving runaways, sex workers and victims of domestic violence. In 2019, women detectives make up just 2% of the 36,500-member police force in New York City.

— Sponsored by the Chancellor's Commission on Women