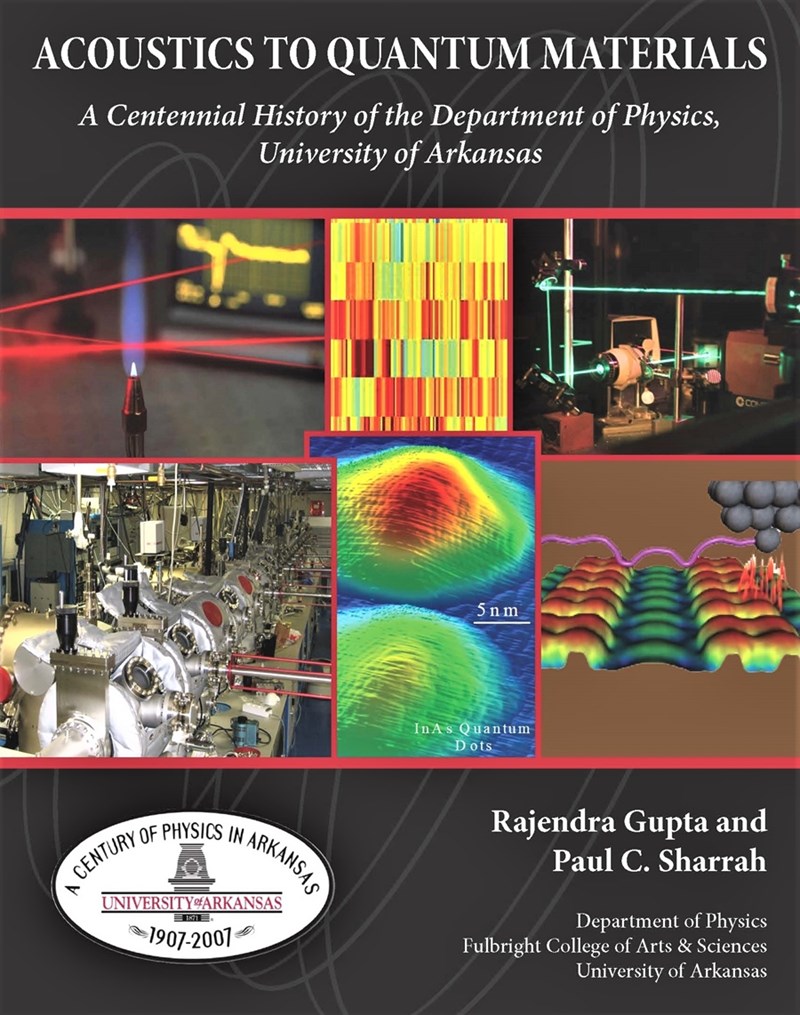 A Centennial History of the Physics Department, University of Arkansas.

The Department of Physics was born during the 1907-08 academic year when the first full-time physics teacher was appointed and a syllabus for a physics major was defined for the first time. The department celebrated its centennial in April 2008. For 35 years, from 1872 to 1907, physics was taught by teachers whose primary discipline was not physics, for example, chemistry, applied mathematics, mechanic arts and engineering, and even biology and geology.

While primary emphasis of this book is on the one hundred years from 1907-2007; for completeness, the previous 35 years are covered in two prologues. Additionally, the period 2008 to 2018 is summarized in an epilogue. The history also includes the perspective of the authors, both emeritus professors of physics, who were eye-witness to the events unfolding in the department over a combined period of 76 years.

The book traces the evolution of the department from a one-person department with no physics majors in 1907, to 1920s when it expanded to three faculty and graduated its first major; to the 1930s when professor Llyod Ham established the first research laboratory in physics; to the 1940s when the department's ambitious vision of starting a credible research program was interrupted by the World War I and it had to teach an estimated 3,500 army trainees, but that was followed by a blossoming of its physics majors program; to the 1950s when a credible research program did start and the department's Ph.D. program was approved; to the 1960s when post-Sputnik government support for research helped the department expand its research efforts; to the evolution of the department's research in many diverse areas, including atomic and molecular physics, quantum optics, biophysics and condensed matter physics.

The first research laboratory in physics established by professor Ham was in acoustics. Today, the largest research effort is in the area of quantum materials, which explains the title of the book.

While the department had a modest beginning, starting with just one teacher and no majors, today it can claim its rightful place among the noteworthy physics departments at the U.S. public institutions.

An electronic copy of the book can be downloaded from the university repository: scholarworks.uark.edu/physpub/23.