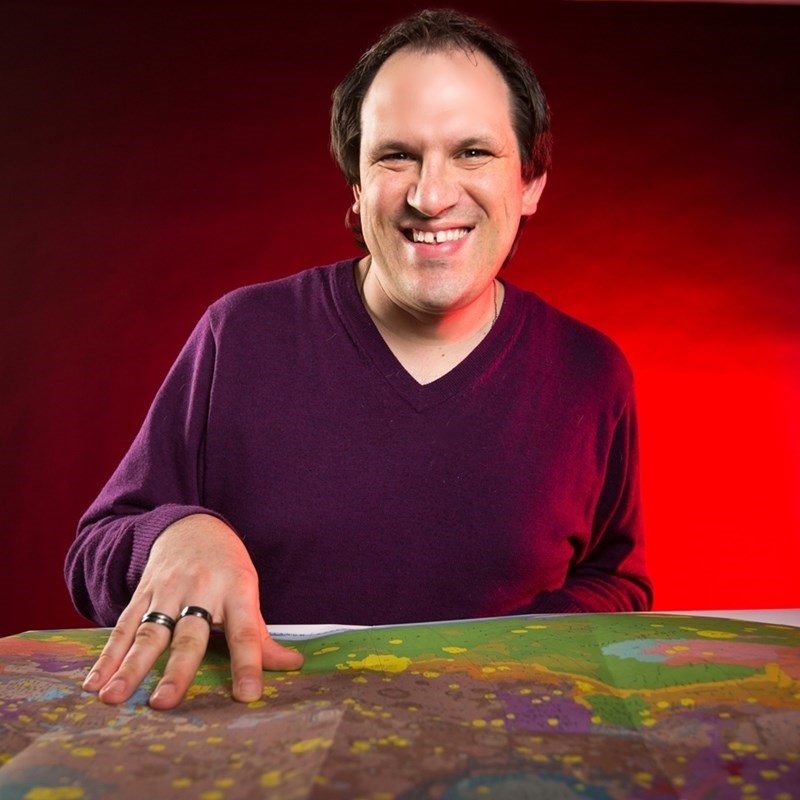 Vincent Chevrier of the University of Arkansas will give a virtual seminar titled "The search for habitable conditions in the solar system: The case for Mars and Titan" on Zoom from 3:30-4:30 p.m. Friday, March 12. The talk is free and open to the public.

Chevrier is an assistant research professor at the Arkansas Center for Space and Planetary Sciences. His primary research interest include surface processes on Mars and icy bodies.

One of the most notable objectives of the Solar System's explorations is the search for habitable conditions, e.g. areas or reservoirs of a planet where life could have emerged and evolved. One of the first such habitable zones was the region around the sun where liquid water would be thermodynamically stable (e.g. where the Earth is located). However, advances in geochemistry, biology of extreme environments and modeling of planetary geodynamics have shown that other environments can offer habitable conditions, such as for example global oceans in the interior of icy moons heated by tidal forces, or the possibility of exotic fluids at the surface of other planetary bodies such as Titan.

In this presentation, Chevrier will investigate two extreme examples of possible habitability beyond the classical definition. On one side, Mars is cold, dry, apparently devoid of organics but with possible exogenous energy sources (sunlight). Mars is located at the fringe of the solar system's habitable zone, where water is essentially stable in the ice phase, but where the presence of salts could allow for transient liquid brines at the surface and in the subsurface. Much farther in the solar system, Titan is the main moon of Saturn. It is a world extremely rich in organic compounds, but in cryogenic conditions with very limited energy sources. Titan is however the only other planetary body, besides Earth, to exhibit abundant liquid sources at its surface, in the form of methane/ethane seas, lakes and rivers.

Chevrier will share experimental and numerical modelling results on the stability of liquids on Mars and Titan, and determine if these fluid reservoirs are potential hosts of more complex chemistry and what the drivers for such chemical reactions are. Understanding the possible chemical environments of these planetary reservoirs can help determine their potential for present and past habitability, but also drive future NASA mission development