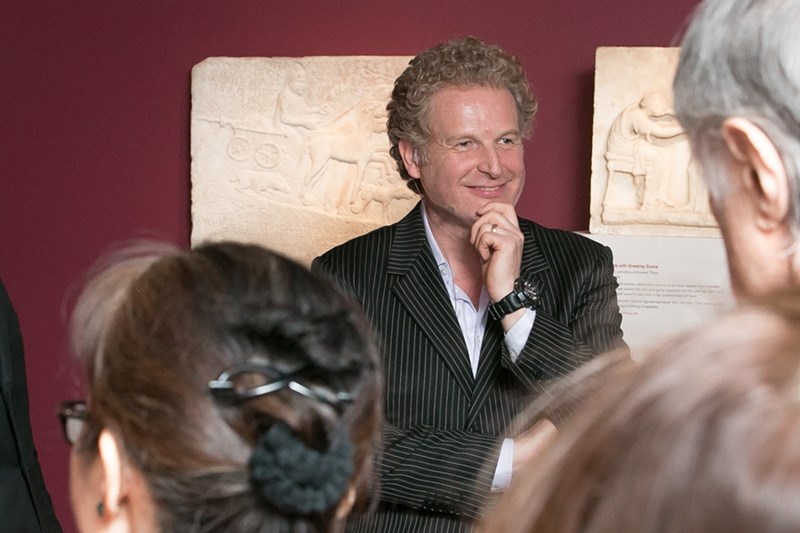 Peter Meineck, Professor of Classics in the Modern World at New York University and founder of Aquila Theatre Company.

Under the auspices the national honor society Phi Beta Kappa, Peter Meineck, Professor of Classics in the Modern World at New York University and founder of Aquila Theatre Company, will share three virtual lecture/discussion presentations with the U of A community on March 10 and 11, as follows:

Everyone at the U of A and the surrounding community is welcome to join these discussions, which will be available through the links above.

About Alpha of Arkansas: Chartered in 1932, the Alpha of Arkansas chapter of Phi Beta Kappa has inducted almost 3,000 PBK members since that time. Early initiates and chapter officers included familiar campus names such as Fulbright, Futrall, Leflar, Waterman, Hotz, Holcombe, and Droke. For 65 years, the University of Arkansas' chapter was the only one in the state. A charter was issued for a Beta Chapter at Hendrix in 1997.