New U of A Language and Culture Series Launches This Spring 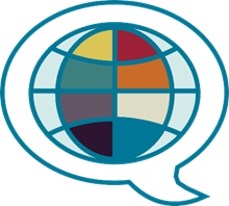 The University of Arkansas is launching a new Language and Culture Series this spring to celebrate and share language, culture, customs and more with the campus and its surrounding community.

The series is part of the university's commitment to its diversity and inclusion priorities and will generally align with the recognized spring and fall heritage months, from February through November 2021.

While the events are free and open to the public, participating U of A students will be given a virtual passport to track their attendance at events. Upon completing events, students will be entered to win various prizes.

U of A faculty members can also add viewings, projects, and participation into their syllabi in support of the Language and Culture Series.

"I strongly believe that learning more about and valuing what makes us different – or diverse – is an important step in the creation of a more inclusive university and society," said Edvan P. Brito, assistant professor of Portuguese and World Languages, Literatures and Cultures, and co-chair of the series committee.

Check out the virtual L&C Kick-Off Video here or above for more details.

Below is a list of some of the planned events, including but not limited to:

The Language and Culture Series organizing committee has also partnered with Mullins Library to provide some language and culture resources available for review.

More event information will be added soon so please visit the U of A's Diversity, Equity, and Inclusion website for more details.