Chemistry Seminar on 'An Olio of Omics' on Friday 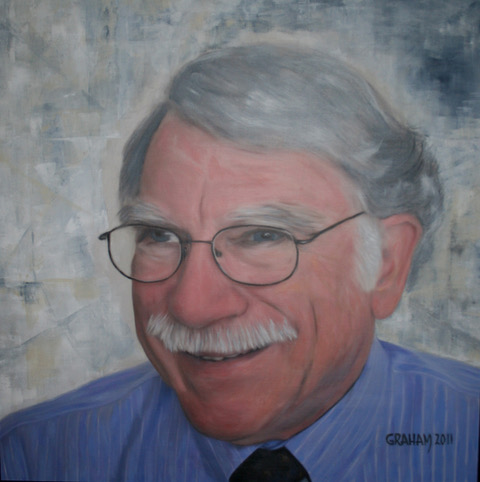 Professor Alan Marshall of Florida State University will give a virtual seminar titled "An olio of omics: Nature's chemical compositional complexity resolved and identified by Fourier transform ion cyclotron resonance mass spectrometry" on Zoom from 3:30-4:30 p.m. Friday, Jan. 22. The talk is free and open to the public.

Marshall obtained his bachelor's degree in chemistry from Northwestern University, Evanston, Illinois in 1965. He completed Ph.D. studies at Stanford University in 1970. He joined Florida State University as a professor of chemistry and biochemistry in 1993, where he is currently a Robert O. Lawton Distinguished Professor of Analytical Chemistry and Biochemistry. Marshall is also the Chief Scientist of the Ion Cyclotron Resonance Program at the National High Magnetic Field Lab. He is the recipient of many awards including the New Frontiers in Hydrocarbons Award (Italian Energy Company), Award in Mass Spectrometry (Eastern Analytical Symposium), and the Florida Academy of Sciences Medal.

Based on various front-end extraction/chromatography procedures, the Marshall group has identifed up to 10X more elemental compositions in complex mixtures than from any single broadband mass spectrum. For intact proteins, the group reports monoisotopic mass measurements 10x more accurate than commercial averagine-based methods. For example, they identify the class, sequence variants, and multiple glycoforms of monoclonal antibodies from multiple myeloma patient serum, with 100% match to DNA germline sequencing, and without false negatives due to incomplete bone marrow aspiration. For human hemoglobin, they can identify sequence variants as well as thalassemia (from, e.g., the abundance ratio of delta chain/beta chain).

FT-ICR mass resolving power and data acquisition speed increase directly with magnetic field strength, B0. Also, mass accuracy, dynamic range, and peak noncoalescence scale as B02. This talk will present new benchmarks for FT-ICR MS performance, based not only on 21 tesla magnetic field (highest in the world), but also on recent advances in front-end separations and MS/MS, ICR excitation and detection, and data reduction (mass calibration; phase correction).