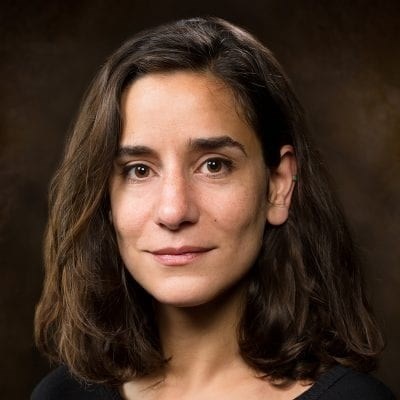 University of Arkansas physicists have discovered a unifying framework in the dipolar patterns of two-dimensional ferroelectrics, a finding which could help advance the development of high-density information coding systems in computers and other electronics.

Ferroelectric films are atomically thin materials that hold promise for dense information storage at the nanoscale. They are characterized by their structural patterns: some are labyrinths (mosaic), while others are bubble shaped. Patterns are typically dictated by material type and by the film configuration (substrate, electrode, thickness, etc.).

But researchers found a framework to the patterns, allowing them to better understand their evolutive topology. Their study finds the answer to the changing patterns in ferroelectric films lies in non-equilibrium dynamics, with topological defects driving subsequent evolution. Their predictions were experimentally confirmed by collaborators from University of New South Wales in Australia, who were also able to manipulate the patterns by changing parameters such as temperature and the strength of an electric field.

"Not only do these topological phases in low-dimensional ferroelectrics encompass emergent phenomena that are fundamentally interesting on their own, but they also appear as serious candidates for next-generation high-density efficient information encoding," said Yousra Nahas, research assistant professor of physics and first author of the study which was published in the journal Nature Communications. "This study can help researchers to understand the conditions for pattern change and the physics behind it. It is crucial for designing and tailoring future advanced ferroelectric material based electronic devices."

The authors thank the DARPA Grant No. HR0011727183-D18AP00010 (TEE Program), the DARPA Grant No. HR0011-15-2-0038 (MATRIX program) and the Vannevar Bush Faculty Fellowship (VBFF) Grant No. N00014-20-1-2834 from the Department of Defense. Computations were made possible thanks to the use of the Arkansas High Performance Computing Center and the Arkansas Economic Development Commission. The research at University of New South Wales (UNSW) was partially supported by an Australian Research Council (ARC) Discovery Project and supported by the Australian Research Council Centre of Excellence in Future Low-Energy Electronics Technologies (project number CE170100039). Y.N and Q.Z acknowledge the support of a FLEET Seed Grant Q.Z. acknowledges the support of a Women in FLEET Fellowship.