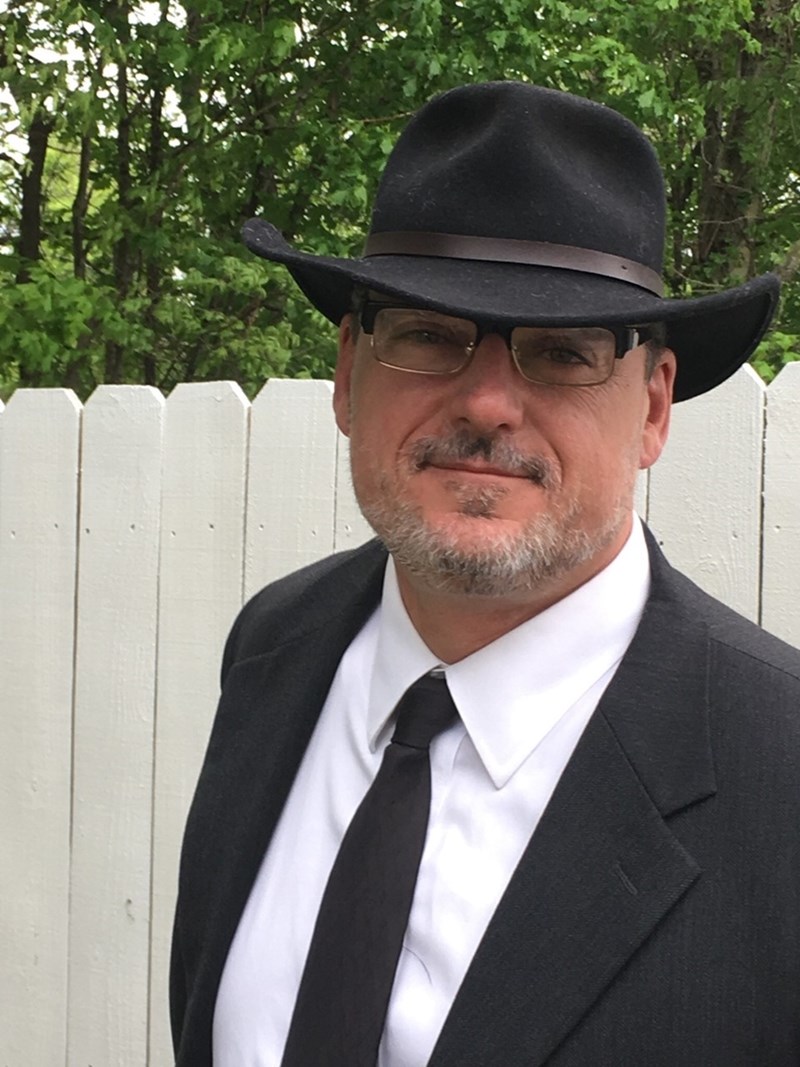 Above, Christopher Farris; below: cover image for "The Fountain."

"Deep in an Ozarks holler lurks an ancient source of power called the Fountain."

So reads the back cover of the The Fountain, the new novel written by English M.A. student Christopher Farris.

Farris, a life-long reader, actually didn't take writing seriously when he was younger. Though his mother encouraged him, he said he was "shy and didn't feel [he] had the skills necessary" to be a writer.

Yet after pursuing careers in the military and the corporate sector, Farris returned to the University of Arkansas in 2017 to pursue a second B.A. in Creative Writing.

While taking courses with faculty such as J.T. Mahany, Jane Blunschi, John DuVal, and Toni Jensen, Farris began to submit short stories for publication. Despite numerous rejections, his work was eventually accepted by publishers such as Fairlight Books and Military Experience & the Arts, and the journal Coffin Bell. 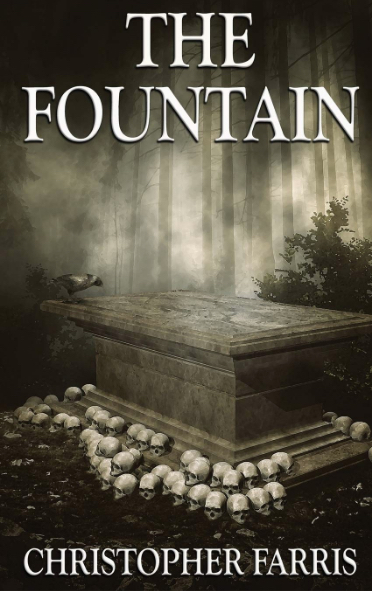 Farris then tried his hand at a novel. His first attempt was "like most firsts, terrible," he admitted, but he succeeded with his second attempt, which resulted in The Fountain — "the brainchild of many wild and wooly discussions" between Farris and his brother, Greg.

Farris also found inspiration for The Fountain from books like Vance Randolph's Ozark Magic and Folklore; his mother's stories about relatives who had lived in the Ozarks, their beliefs, and the family religious healings she had witnessed; and Farris's own experience of living in Arkansas.

"I lived on the top of Mount Gayler in Winslow for a number of years. Watching the seasons change, feeling the great silence of the forest around us, living isolated by ice storms and, sometimes at night, hearing the thunder roll up from the valley below led me to consider what life must have been like back in those hills and hollers before technology and easy travel."

The deep woods and rich regional lore, for Farris, made the Ozarks the perfect setting for a horror story.

"What if that magic [in the stories] were somehow real? And, what if the evil we have done continues to lurk out there waiting to snap us up?"

Farris was unsuccessful at his initial attempts to get The Fountain published. "My book was too large and overblown, too wordy at 138,000 words." He collaborated with fellow writers and a professor to cut down its length. Then, in 2019, he attended the True Lit Festival at the Fayetteville Public Library.

"A number of publishing houses were scheduled for pitch sessions at the end of the week. That Saturday turned out to be an extremely bad weather day and almost none of them showed up. I met and pitched with the only publisher who I thought 'might' be interested in a work like The Fountain. It turns out, she was. Crucially, for a novice writer like myself, she was willing to offer her editorial skills as well. I have learned a lot from her. A year and a half later, here we are."

With the release date of The Fountain only a few weeks away, Farris is planning ahead. He is currently "polishing" a completed third novel, Intersection, in preparation for pitching it to a publisher, and he already has an idea for his fourth book. Since he works full-time and is also taking courses for his graduate degree, Farris has to fit in time to write fiction during early morning hours, on weekends, and on vacations.

At this point, however, writing has become "an addiction of sorts," he said.

"It is an act that, while I am doing it, creates an almost complete suspension of self. It is, in a way, a muscular meditation. Whether the story is good or bad is almost secondary to the world that I inhabit while I am in my writing space. For that reason, I don't believe I will ever be able to stop."