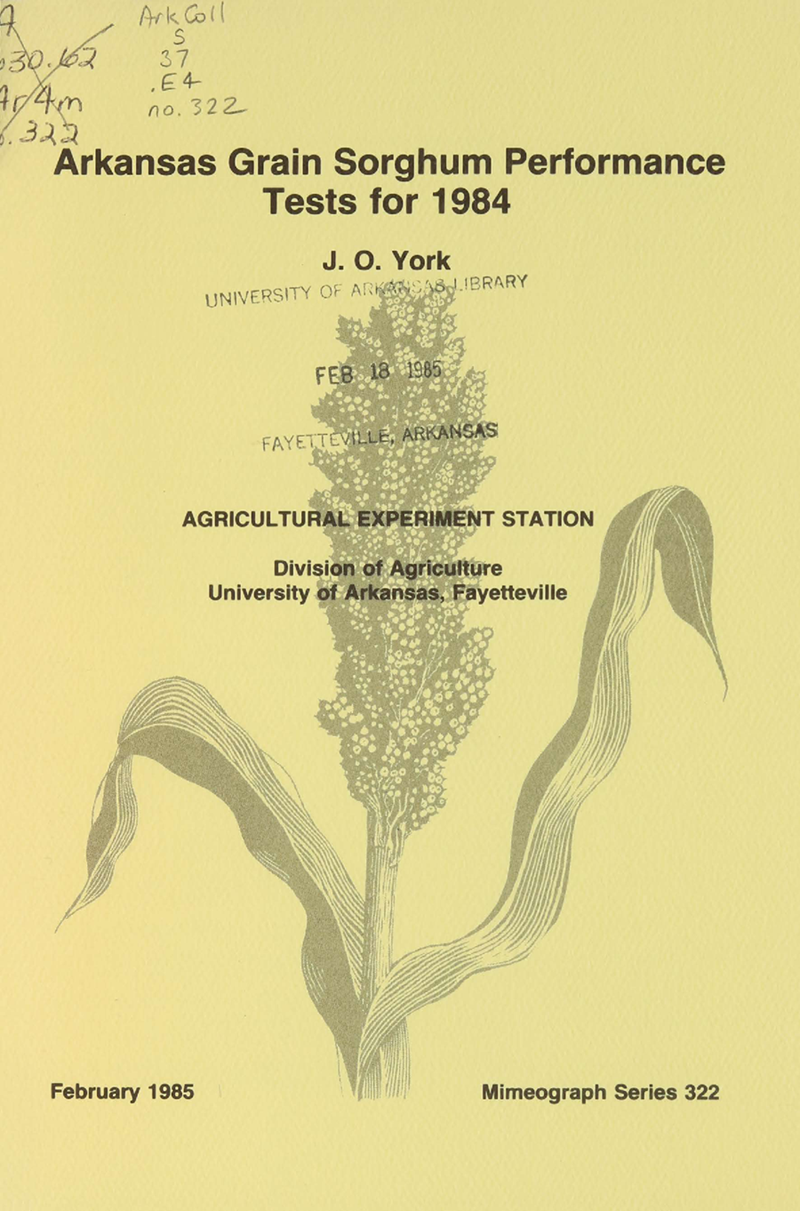 Thanks to an award from the United States Agricultural Information Network's Project CERES, the Arkansas Agricultural Experiment Station's Mimeograph Series is now available as a digital collection that all may access free of charge through the University of Arkansas Libraries. The collection contains 5,362 individual scans comprising 324 reports.

The Mimeograph Series, published from 1949-1984, gave Arkansas farmers information about choosing and planting different varieties of crops. The results of field testing, chemical and pesticide trials, seed tests and cultivation experiments were included.

"Working with Project CERES and the Center for Research Libraries to create five digital collections to provide remote access to our library users has been a fulfilling experience," said Martha Anderson, head of Digital Services. "The Mimeograph Series digital project completed this month is part of a series of five digital collections that recount the history of agriculture in Arkansas. Collections preceding the Mimeograph Series are the Arkansas Extension Circulars, the Bulletins, the Miscellaneous Publications and the Annual Reports."