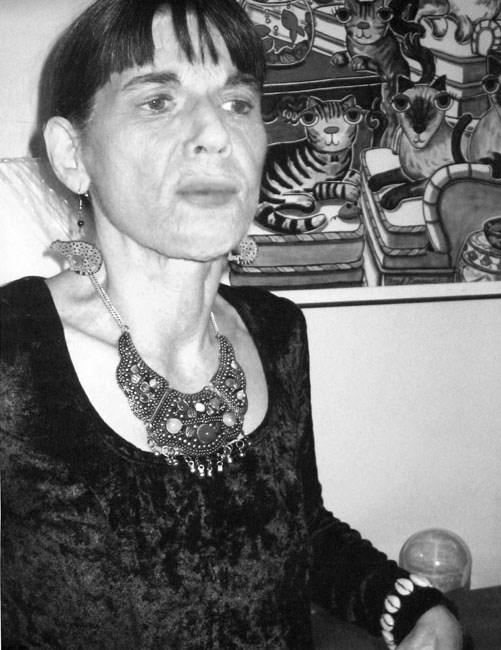 Courtesy of Department of English

Suzanne MacRae, 79, an associate professor emerita of English, passed away from natural causes on Nov. 29 in Rogers, Arkansas.

Born in Mount Gilead, North Carolina, MacRae received her B.A. from Queens College in Charlotte in 1963 and four years later earned her Ph.D. in English literature from the University of North Carolina at Chapel Hill.

MacRae was a trailblazer, and in many ways.

Immediately after graduating from her doctoral program (in four years) in 1967, she was hired as an assistant professor of English at the University of Arkansas, joining the faculty as one of only a few women in the Department of English at that time.

She taught medieval and English literature, as well as African studies, receiving tenure in 1973.

She also published numerous articles on her wide range of research interests, held a Cambridge University Fellowship at Lucy Cavendish College in 1999, and sang regularly in the university's Master Chorale.

MacRae officially retired in 2004, though she did not stop working at that time. As late as 2012, MacRae was still teaching for the English department on a voluntary basis, still doing what she loved. In that year's packet of spring course listings for the department, her description of her course on African Literature and Film read as follows:

She is remembered fondly by faculty, students, and friends as an impassioned teacher, a loyal colleague, and a perpetual advocate for animal rights.

"Suzanne reached out to me with camaraderie and kindness when I first arrived as junior faculty," recalled professor of English Mohja Kahf.

"She brought a West African griot to perform part of The Epic of Son-Jara in Giffels Auditorium," Kahf said. "Those decades, she was one of the few people on campus introducing people, including me, to West African literature, through her work and her love of teaching West African texts."

Former colleague Carole Lane agreed, adding, "she took it upon herself to study up on and teach African literature and film before many people became interested. Very perspicacious. And she was very ahead on the intelligence of animals, too. And a punster."

Professor of English Dorothy Stephens also remembered MacRae's sense of humor and love of animals, along with her affinity for spontaneous conversation.

"No matter where you ran into her — a hallway on campus, an aisle in a grocery store, or the farmers' market — Suzanne always made time to stop and talk. She usually had a funny story to relate, often about her world travels or about her beloved pets. She liked both humans and animals, but animals had the edge."

MacRae likewise made an undeniable impact upon her students due to her enthusiasm for the subjects she taught and her dedication to her students' success.

"African Film was one of my favorites," alum Derek Van Lynn noted.

"She made spaghetti for us after we took the GRE, and she played her Rolling Stones albums," Melissa Harwood-Rom, another former student, reminisced. "You could spend hours reading the political cartoons on her door."

Local artist Ray Allen Parker met Suzanne in 1970 when he took his first class from her: Survey of British Literature on the third floor of Old Main. He would continue to be one of her students in classes she taught on Contemporary Values, Contemporary American Novel, Chaucer, and other subjects.

"She introduced me to Sir Thomas Wyatt and John Donne but also Ken Kesey and Tom Wolfe. She loved Leonard Cohen and James Taylor because they had written songs about Suzanne. She thought the Rolling Stones' Sticky Fingers was the greatest rock album cover," Parker said.

"When I returned to Fayetteville after more than 30 years away and was learning to be a painter, she was one of the first people to sit for me, literally sitting for me on the floor for several hours as I shot photo after photo of her wearing her beloved, dangly African earrings. After my first exhibition, I was pleased to give the portrait to her."

MacRae's influence was felt not only on campus but also out in the Fayetteville community, even beyond.

"She brought to Fayetteville an exceptional social personality," explained professor emeritus of English Dick Bennett. "She could engage anyone immediately, including strangers, in vivacious conversation. I well remember her dancing at my and others' homes, in early days, ponytail flying! She was a defender of civil liberties and long-time member of the ACLU."

MacRae regularly made trips to Africa. Teaching about and traveling to Africa, said Lane, "were some of her greatest loves."

Most memorable about MacRae, perhaps, is how greatly she appreciated her connections with people and encouraged a genuine joy of learning and living in others.

"She would come back from her travels to West African countries energized with ideas for her research and teaching, ready to inspire students," Kahf recollected. "Once she brought me back — from Ghana, I think — a wooden figurine of a fertility goddess and, when I jokingly balked saying I had all the children I planned to have, pointed out that the talisman was also good for intellectual fertility (it worked!).  Thank you for your warmth and gifts, and rest in peace, Suzanne."

"Since I accompanied her to numerous movies and concerts, I remember her passion for the arts, especially music of all kinds (classical, blues, international, and blue grass in particular)," said Anne Marie Candido, a colleague and close friend.

"She could talk at length and with interesting critical insight and real excitement about a good movie or a good play or a concert she had just seen," Candido added. "Sheer enjoyment of music and literature and the insights they bring about our fellow humans were front and center for her in artistic experience. And I remember her deep concern for the rights and welfare of all living creatures, animal and human. She was an extremely generous supporter of many, many worthy charitable causes. And finally, her wit. She loved witty sparring and spirited word play. May she rest in peace."

"Being around Suzanne," reflected retired English faculty member Jim Gamble, "it was impossible not to catch her enthusiasm for literature, animals, and life its own self."

"She was a good friend," colleague Roy Swaty said. "I'll miss her."