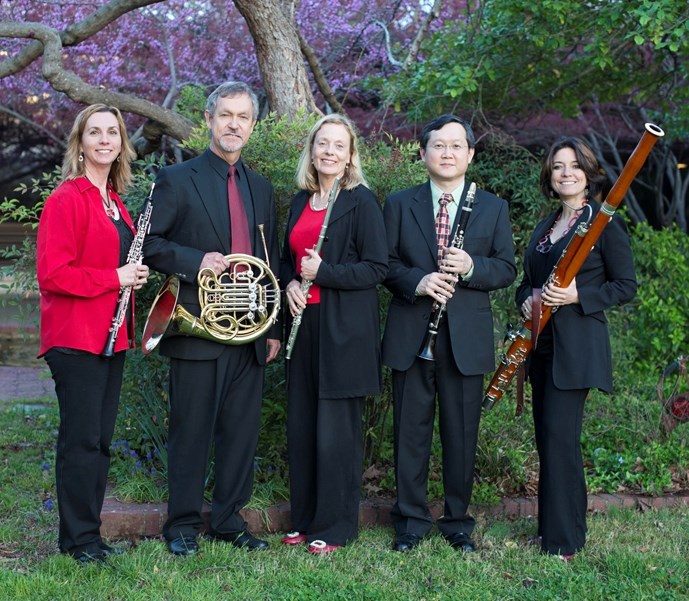 Performances by the Univeristy of Arkansas Lyrique Quintette, pictured, are included in the collection.

The Office of Scholarly Communications has added a Concert Recordings Collection to the University of Arkansas' Institutional Repository, ScholarWorks@UARK.

Recordings of the U of A Department of Music's concerts from 2012-2016 are available for all to view online at no cost, now in a new location. Plans are in place to add recordings from 2017-2020 beginning early next year.

The collection comprises 255 concert recordings, including instrumental and vocal solo performances and ensembles. Each song recording is individually published, so multiple recordings are available for each of the concerts.

The online repository that previously held these concert recordings is being retired, which prompted the decision to move the recordings into the Institutional Repository. The Libraries have recordings of selected concerts from as early as the 1960s. Those interested in finding a U of A concert recording from prior to 2012 are encouraged to use the search term "concert recording" in the Library Catalog or the QuickSearch function on the Libraries' homepage. For additional assistance, email libmulti@uark.edu.

Located in Mullins Library, the Office of Scholarly Communications is jointly sponsored by the Libraries and the Office for Research and Innovation.