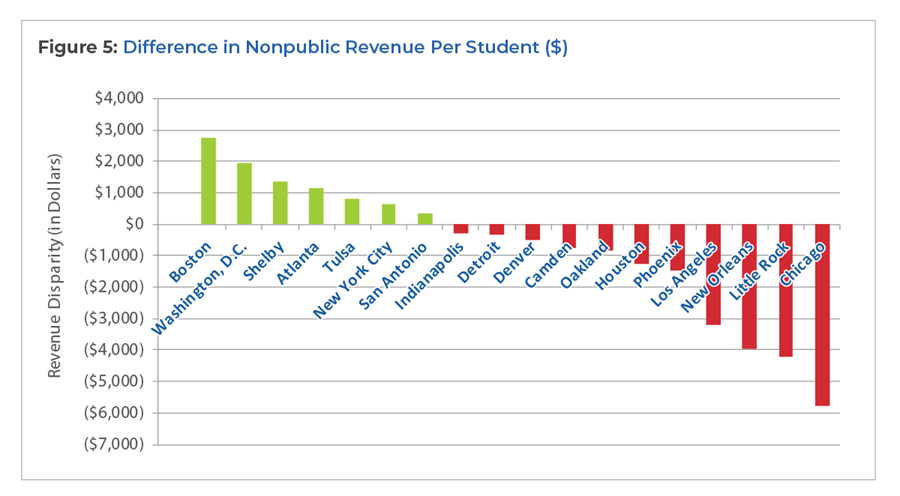 Researchers based at the University of Arkansas have discovered that traditional public schools get about 33 percent more in per-pupil funding than their public charter school counterparts in 18 urban school districts, including Little Rock.

The new study, "Charter School Funding: Inequity Surges in the Cities," was released today by the U of A's Department of Education Reform. Additional funding per student was due to local sources and an influx of nonpublic funding for traditional public schools.

The study examines all sources of revenue, including federal, state, local and nonpublic dollars during the 2017-18 school year. Each of the 18 school districts has a high concentration of enrollment in charter schools or potential for charter school growth.

"After analyzing funding gaps between public charter and traditional public schools for over a decade, these findings represent the largest inequity yet, a gap of 33 percent," said Patrick J. Wolf, Distinguished Professor and 21st Century Chair in School Choice at the U of A. "Students could be sacrificing up to a third of the dollars available for their education if they choose a charter over a traditional school."

Research shows the funding disparity is worsening over time, he said.

"This is a wake-up call for state and local policymakers to develop more equitable school funding solutions," Wolf said. "Closing the funding gap can help all schools deliver on the promise of a high-quality education for every student."

A lack of local education funding was most responsible for the gap. Because charter schools do not receive local funding, charter school students received, on average, $7,491 less than students in traditional public schools, a discrepancy of 68 percent.

State funding sources tended to help close the funding inequities between charter schools and traditional schools, but not always. On average, charter schools received $428, or about 5 percent, more state-level per-pupil funding than traditional schools in the same city. The cities with the greatest state funding disparities were Camden at $31,183; Washington, D.C., at $10,289 and Shelby County, Tennessee, at $5,152.

"Common myths about education funding gaps due to funding from private sources are busted in this new report. Traditional schools on average are receiving more funding than their charter counterparts, largely due to an increase in nonpublic revenue to traditional schools and a lack of local funds for charters," said Corey A. DeAngelis, lead author of the study and a recent U of A doctoral graduate.

DeAngelis, director of school choice at Reason Foundation and an adjunct scholar at Cato Institute, added, "What is evident by the research is that funding inequities are surging across the nation. Policymakers can remedy these inequities by enacting student-centered funding, meaning students will not be valued less when attending a charter school."

An analysis of the eight cities researchers have studied since 2003 reveals that the overall funding gap favoring traditional schools has more than doubled in real terms since 2003 and has grown about 27 percent since 2016. Between 2003 and 2018, the charter school funding gap grew in Atlanta, Denver, Indianapolis, Los Angeles, New York City and Washington, D.C.

This report is the first in a series of three. The next report, scheduled for release in early 2021, will further examine funding inequities by discussing differences between traditional and charter schools around special education, facilities funding, levels of student disadvantage and more, researchers said.