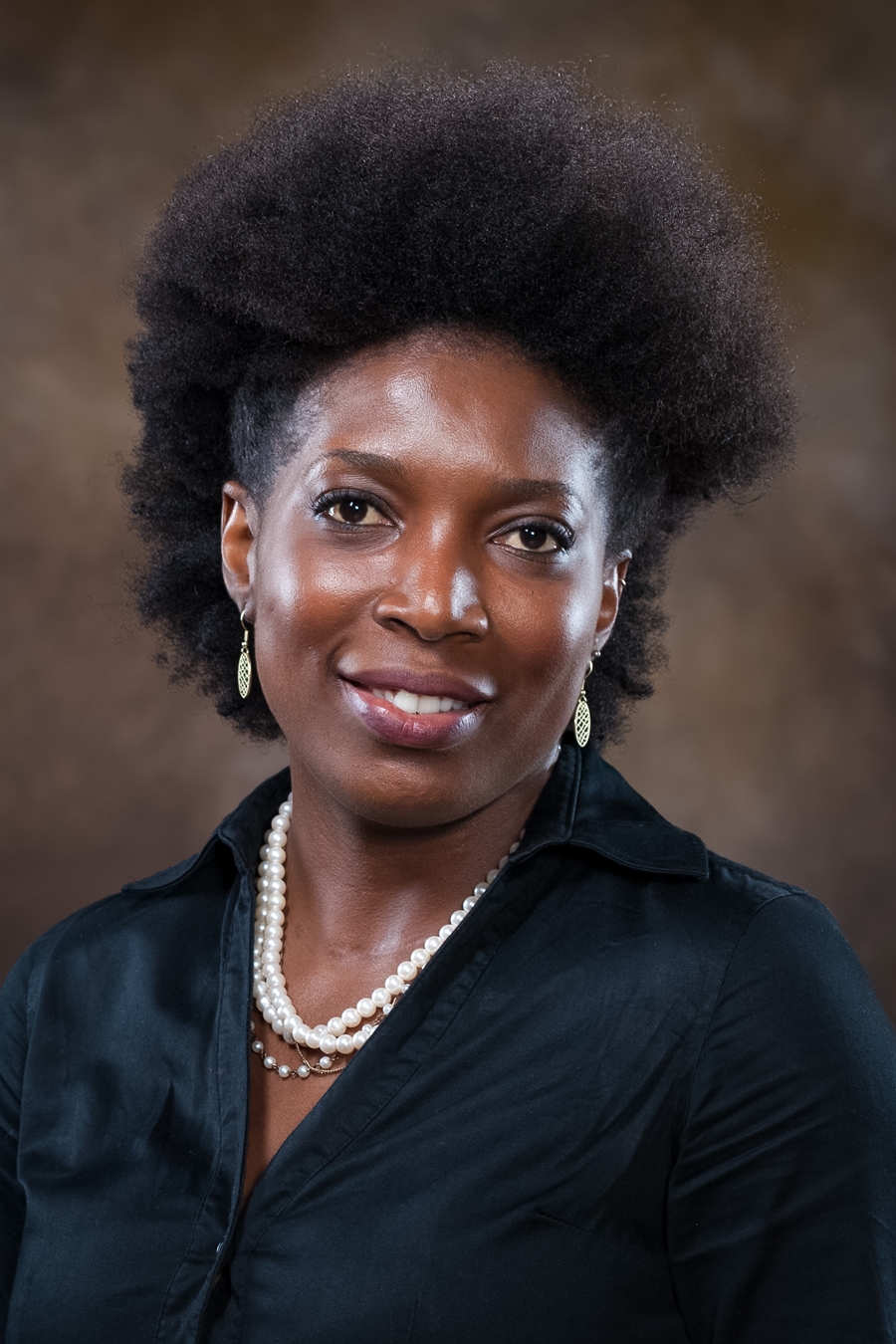 FAYETTEVILLE, Ark. – The University of Arkansas’ Fulbright College of Arts and Sciences has named Dr. Caree Banton the new director of its African and African American Studies Program.

Banton is an associate professor of African diaspora history, who is jointly appointed in the Department of History and the African American Studies Program and teaches classes in Afro-Caribbean history, African Diaspora history, and race.

Banton will succeed Dr. Valandra, associate professor in the School of Social Work, in the role of AAST director.

“There has been an effort among faculty and students to study Black life from Africa, the Caribbean, Latin America, the United States, Asia, and indeed the world over, since the movements of the 1960s brought Black studies to campus,” Banton said. “This is something that the University of Arkansas should be engaged in and strive to be at the forefront of as we increasingly move toward a more globalized world in which cultural competency is a valued currency.”

Banton’s research focuses on movements around abolition, emancipation and colonization as well as ideas of citizenship, blackness and nationhood in the 19th century.

“We are very excited for Caree to lead our African and African American Studies program into its next phase,” said Todd Shields, dean of Fulbright College. “She has been one of the program’s faculty members since 2013 and has won numerous awards for her outstanding teaching, phenomenal research and excellent service.”

Additionally, Shields said Banton helped lead the university in multiple recent critical discussions on “Transforming the U of A,” designed to help combat racism and build a more inclusive campus, which he said were “especially timely and needed now more than ever.”

Banton’s research has been supported by a number of fellowships, including the Rotary Ambassadorial Scholarship that allowed her to do research in West Africa; the Andrew M. Mellon Foundation Fellowship at the Robert Penn Warren Center, where she joined a group of scholars across a wide range of academic disciplines in the Sawyer Seminar “The Age of Emancipation: Black Freedom in the Atlantic World”; the Lapidus Center Fellowship at the Schomburg Center; and the Nancy Weiss Malkiel Fellowship for exceptional scholarship and participation in service activities.

“In this present moment of uprisings from the United States to Nigeria, a global pandemic, and financial recession, we need the African and African American Studies Program now more than ever to bring its interdisciplinary approach and methodological framework to interrogate our past and current realities in ways that will foster a better understanding of our troubles as well as help us to envision the possibilities of a different and brighter future,” Banton said.

Her book, “More Auspicious Shores”: Barbadian Migration to Liberia, Blackness, and the Making of the Liberian Republic, 1865 – 1912, explores continuities and mutabilities in black experiences of freedom, citizenship and nationhood across the Atlantic world. It was published by Cambridge University Press in May 2019.

Banton received an M.A. in development studies from the University of Ghana in July 2012 and completed her Ph.D. at Vanderbilt University in June 2013.

About the African and African American Studies Program: For more than 50 years, the African and African American Studies Program has been an interdisciplinary program at the University of Arkansas that expands on the core disciplines of a traditional liberal arts education by exploring the legacy of the African diaspora and African descended people's global experiences. The program strives to advance social consciousness, promote equity, and support the highest level of academic excellence through critical and global thinking in the classroom and beyond. For more information, please .visit the U of A’s AAST program online.