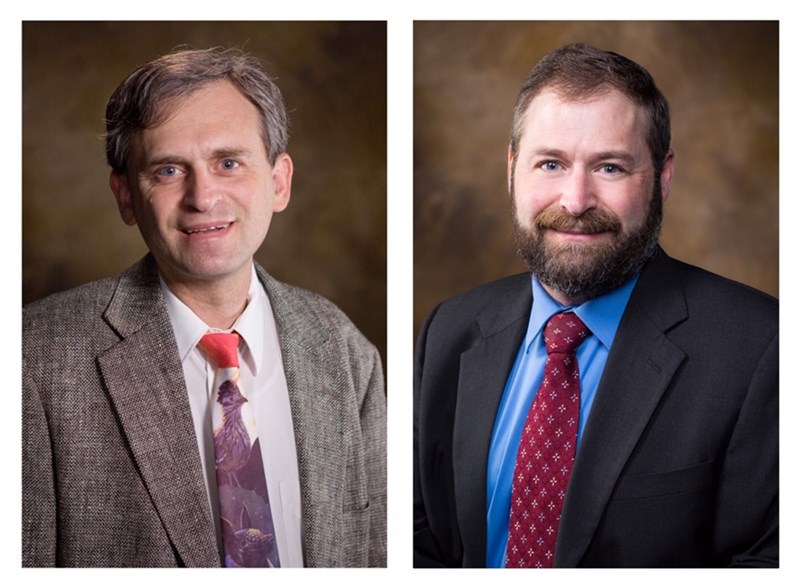 A professor's background can influence research interests, and that is certainly the case for Robert Maranto, 21st Century Chair of Leadership in the Department of Education Reform.

"Back in the 1970s I worked on an assembly line at my uncle's industrial bakery in a high crime section of Baltimore, where my coworkers were either African American or Italian American," Maranto said. "Back then, just like today, Baltimore had 300 or more homicides annually, and police seemed to take it more seriously if a white person got shot than if a Black person got shot."

This street knowledge led Maranto, a public administration scholar, and Patrick Wolf, Maranto's colleague in the education reform department at the University of Arkansas, to study why some cities do a better job policing than others. Along with Rutgers professor Domonic Bearfield, Maranto and Wolf have published "Making Violence Transparent: Ranking Police Departments in Major U.S. Cities to Make Black Lives Matter" at Public Integrity Journal.

The authors believe their article is the first scholarly effort to rank major U.S. police departments on their ability to keep homicide rates low while not killing civilians, controlling for a city's level of poverty, which makes policing more difficult.

"Controlling homicides is important, but so is avoiding police brutality and especially killing civilians," Maranto said. "Each is important, so we wanted to measure both."

"It's ironic that there is a lot of research on Black Lives Matter, but the heavily cited work studies political activism, which is what interests professors," Maranto said. "Very little gets at how to do policing better in ways that would actually save Black lives. We hope that by shining a spotlight on police departments which succeed, we can get other departments to copy what works."

NYPD's success marks a huge turnaround. In 1990, New York had 2,245 homicides, making it one of the most dangerous cities in the country. In 2017 New York had just under 300 homicides, making it one of the safest cities, despite a high poverty rate and reduced incarceration. Back in the early 1970s, NYPD's roughly 36,000 officers killed about 100 civilians annually, compared to about 10 today. Overall, the authors said reforming the NYPD may have over a period of years saved more than 30,000 lives, disproportionately Black lives.

In a prior work, published in Public Administration Review in 2013, "Cops, Teachers, and the Art of the Impossible: Explaining the Lack of Diffusion of Innovations That Make Impossible Jobs Possible," Maranto and Wolf suggested that NYPD improved largely through key changes in personnel systems, by promoting police precinct commanders who reduced crime, encouraging other leaders to copy their innovations, and demoting those who failed to do so. Over a period of years, this changed NYPD's culture, turning it into a learning organization. The authors also noted a key reason Baltimore and other cities do not copy New York's success is no correlation between a city homicide rate and whether the police chief kept his or her job.

"Until voters start paying attention to whether police are doing their jobs, and vote for or against mayors based on that, better policing just isn't going to happen," Wolf said of the research.

"We hope our ranking of major police departments can jump-start those discussions," he said.