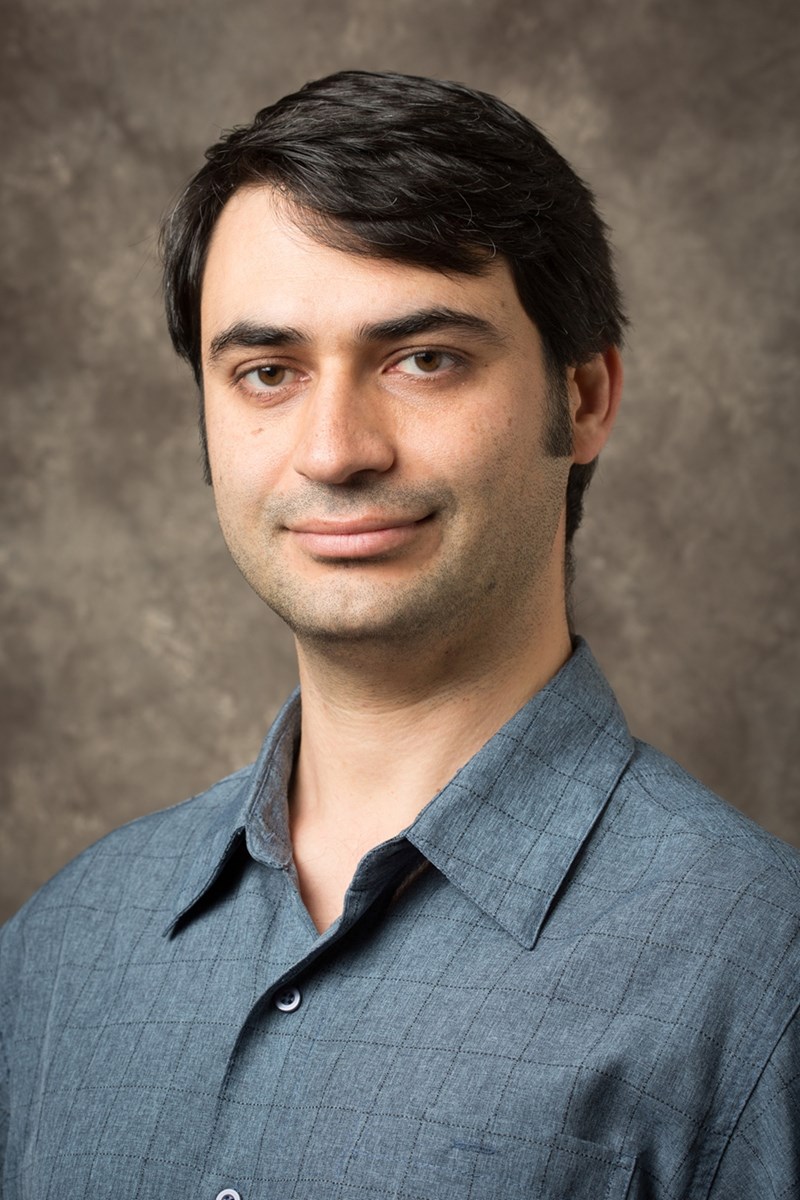 FAYETTEVILLE, Ark. – Chemist Mahmoud Moradi has received a $422,579 grant from the National Institutes of Health to advance his work modeling hemagglutinin, the critical protein of the influenza virus. The research will provide a computational framework for developing novel vaccines and therapeutics for many strains of the flu.

Moradi’s research lies at the intersection of biology, physics, chemistry, mathematics, statistics and computer science. He uses elements of these disciplines to build three-dimensional, dynamic models of proteins and other biomolecules that describe how the proteins and molecules behave and change their shape to conform and bind to human cell receptors.

For this project, Moradi and researchers in his Biomolecular Simulations Group will focus developing simulations of the pH-triggered activation mechanism of hemagglutinin. In basic chemistry, pH is a scale of acidity or basicity of an aqueous solution. Previous research has shown that the activation of the hemagglutinin protein is caused by a change in the pH of its environment, a process that facilitates fusion between viral membranes and those on human cells. Researchers think that if this pH-triggered activation can be inhibited, it could provide a new framework for developing universal vaccines and therapeutics for influenza.

Commonly known as the flu, influenza claims the lives of tens of thousands of people globally every year. This viral disease is caused by the influenza virus, which has a high mutation rate and thus requires seasonal vaccination. Scientists have pushed for a universal influenza vaccine that could provide  broader and longer protection against different strains of the flu. This effort has led researchers to focus on novel proteins and strategies that rely heavily on the kind of computational techniques developed by Moradi.

In addition to the NIH grant, Moradi’s research benefits from use of several large supercomputers sponsored by the National Science Foundation. He recently received computing allocation equal to $3.3 million from the Extreme Science and Engineering Discovery Environment program, the NSF’s virtual system for helping scientists share computing resources, data and expertise.

Another line of Moradi’s work focuses on coronavirus spike glycoproteins, which function similarly to influenza virus hemagglutinin proteins. In April, he was granted time on an NSF-sponsored supercomputer to develop enhanced, three-dimensional simulations of coronavirus spike glycoproteins. This work, as part of the COVID-19 High Performance Computing Consortium, a collaboration of government, industry and academic partners, is helping scientists understand how the coronavirus binds to human cells.

Moradi recently discussed his work in this episode of Short Talks From the Hill, a research podcast of the University of Arkansas.