Nachtmann Selected as Editor-in-Chief of The Engineering Economist Journal 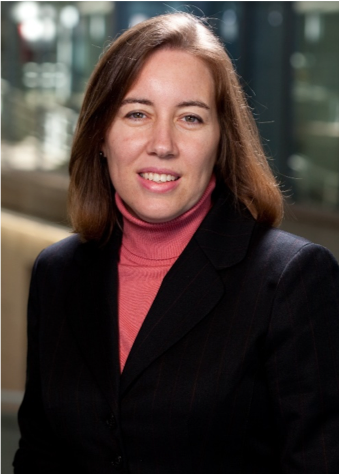 Heather Nachtmann has been selected as the next editor-in-chief of The Engineering Economist journal.

The refereed journal is published jointly by the Engineering Economy Division of the American Society for Engineering Education (ASEE) and the Institute of Industrial and Systems Engineers (IISE). The journal publishes articles, case studies, surveys, and book/software reviews that represent original research, current practice, and teaching involving problems of capital investment.

She begins her four-year term in January 2021 and takes over for current editor Sarah Ryan of Iowa State University. Nachtmann currently serves as a cost estimation and accounting area editor for the journal.

Edward Pohl, department head of Industrial Engineering, nominated Nachtmann for the position and said "selection as the next editor-in-chief for The Engineering Economist is a testament to Dr. Nachtmann's outstanding accomplishments as a researcher, educator, and administrator. I am excited for Dr. Nachtmann and look forward to seeing the exciting things she does with the journal over the next four years."

Nachtmann is the Earl J. and Lillian P. Dyess Endowed Chair in Engineering and a professor of industrial engineering. She also serves as the director of the Maritime Transportation Research and Education Center and the Mack-Blackwell Transportation Center.

Her service and research endeavors have brought her significant accolades throughout her tenure with the College of Engineering, including the 2018 Wellington Award from IISE and the 2019 Sarchet Award from the American Society for Engineering Management.

Selected as a 2019-2020 University of Arkansas Chancellor's Academic Fellow, she and three others led campus engagement around the university's Signature Research Areas: Advancing the Data Revolution, Improving Human Health and Community Vibrancy, and Innovating for a Resilient and Sustainable Future in support of the creation of the new Institute for Integrative and Innovative Research.

Nachtmann has been with the College of Engineering since 2000, starting as an assistant professor in the Department of Industrial Engineering. She received her B.S., M.S., and Ph.D. degrees in industrial engineering from the University of Pittsburgh.