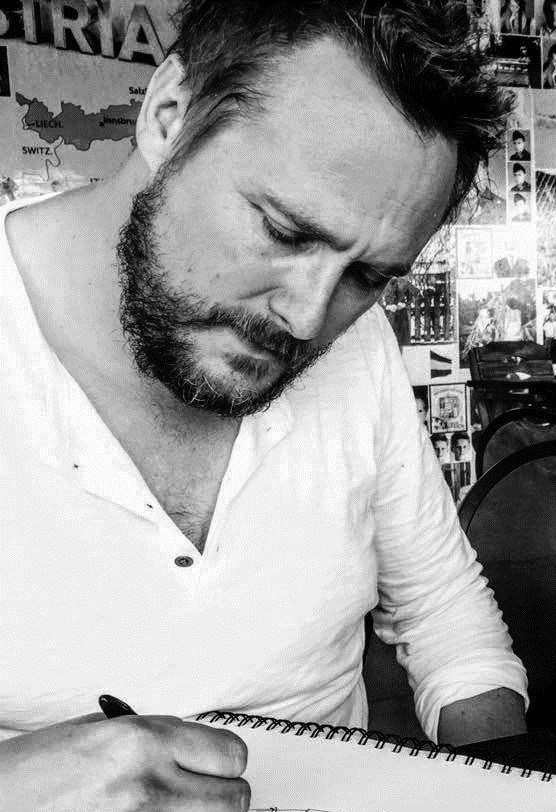 FAYETTEVILLE, Ark. – University of Arkansas professor Carl Smith was recently appointed as a visiting professor at the University of Sheffield School of Architecture in Sheffield, England. He was also awarded the 2020 Green Medal Sustainability Award by Garden Communicators International.

Smith is an associate professor of landscape architecture in the Fay Jones School of Architecture and Design, where he's taught since 2008. He begins his four-year visiting professor appointment on Oct. 1.

The role will involve both teaching and research responsibilities, Smith said, and he will focus on urban design and planning, drawing on his practice experience in city-planning and analysis — especially his work on World Heritage Sites — and his award-winning scholarship on place, drawing and community. His teaching will include studio lectures and feedback in critiques and final juries, as well as the design of upper-level graduate studios. He will also give at least one public lecture while he's there.

During his appointment, Smith will have access to the University of Sheffield research facilities. For his research, he is interested in examining large-scale, and often contentious, urban change in Europe within the context of the European Landscape Convention - which promotes the protection, management and planning of the landscapes across the continent - and the principal understanding that landscape is a cultural and physical construct. Smith said the complexity of the topic means he'll need to work with other disciplines such as history and archaeology, as well as local communities.

"With so much history, narrative and cultural diversity concentrated into relatively high-populous and pressured terrain, it's important that urban expansion and landscape change doesn't simply consider economic expedience," Smith said.

The research there will help Smith hone community engagement methods that will be relevant and applicable in Arkansas. Smith said he's already begun to explore these methods within local communities in the state.

As a visiting professor, Smith will teach at Sheffield at least five days each year, so he'll visit the university annually. He'll also work with students online.

Smith, who was born in Sheffield, is looking forward to returning to England.

"As one of my friends pointed out, it's ironic to be named a visiting professor within a stone's throw of where I was born," Smith said.

Smith was nominated for the visiting professor position by Howard Evans, who is director of the dual architecture and landscape architecture undergraduate and graduate level programs at the University of Sheffield, and the director of practice at Chiles, Evans and Care Architects, one of that region's leading architecture practices.

"Dr. Smith's work has an international reputation," Evans wrote as part of the nomination packet. "His teaching and research focus aligns well with the dual course with its character as a research‐grounded, studio‐focused degree and, specifically, the research‐group that deals with space, culture and politics."

The Garden Communicators International Green Medal Sustainability Award, which started in 2017, recognizes the accomplishments of individuals or allied organizations working to address wise and respectful use of the land.

Smith said he was honored to receive the award.

"It is wonderful to win teaching and design awards, as there is a strong sense of being recognized by those who understand the nuances and challenges of what you do and are acknowledging your process," he said, "but this is a little bit different, because it comes from a broad audience of communicators — writers, illustrators and photographers, media-figures — who are slightly more removed and deal with the efficacy and potency of what you put out into the world."

Shelley S. Cramm, an award-winning horticulture writer and garden designer, nominated Smith for the award. Smith is the first landscape architect to win.

"It's an honor to be in the company of notable sustainability practitioners and advocates: people who have not only applied the tenets of sustainability to their own work, but have initiated debate and influenced policy affecting private gardens, farmland and public spaces," Smith said. "Receipt of the award suggests that the work of landscape architects designing, writing, teaching and advocating at the landscape scale is a worthwhile contribution."