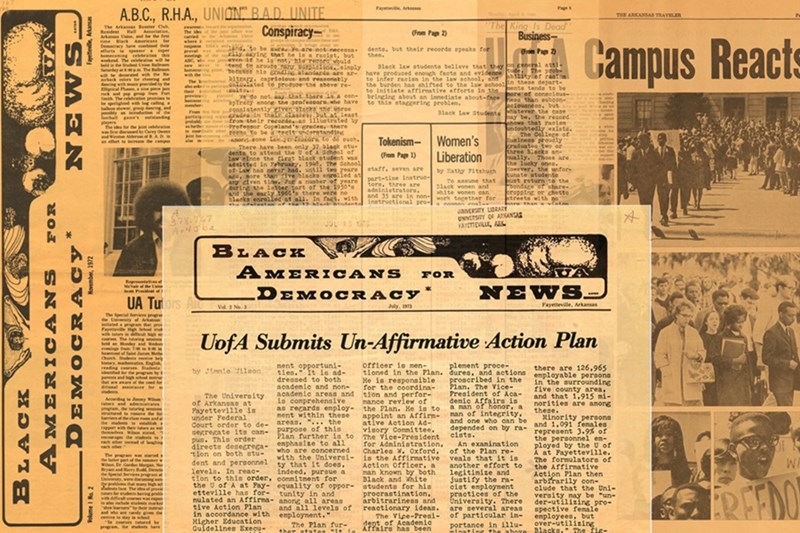 Following the assassination of Dr. Martin Luther King in 1968, Black students at the University of Arkansas formed the Black Americans for Democracy and launched the BAD Times newspaper when the Traveler failed to deliver fair coverage. This fall, Charles Robinson, the interim provost and professor of history, will revisit that era by bringing Black activists — past and present — to campus to participate in his Honors College Forum BAD Times.

All on campus and in the community are invited to view recordings of the lectures. If you are interested, please fill out and submit this interest form.

"That's what I'm most excited about," Charles Robinson said. "The people who were actors in this history can address living through those times and provide important context for students." Speakers will include:

The fact that the BAD activists moved on to distinguished careers is no accident, Robinson said: "The university had serious challenges relative to inclusion, and many of the students who endured the experience attested to it having an impact on their professional successes."

Although the course will focus on the 1960s and '70s, Robinson will provide context by discussing the 1919 Elaine Massacre in rural Phillips County, Arkansas, possibly the bloodiest racial conflict in the history of the United States.

"It's important to know where we've come from, even before the '60s," Robinson said. He will also consider the question of continuity and change, comparing the unrest of the past to more recent protests, and bringing in current Black student leaders.

"That's the question for this course — what's similar, and what's different? It's not good enough just to know what happened then," Robinson emphasized. "What are the lessons learned from the '60s and '70s, and how are they relevant today?"