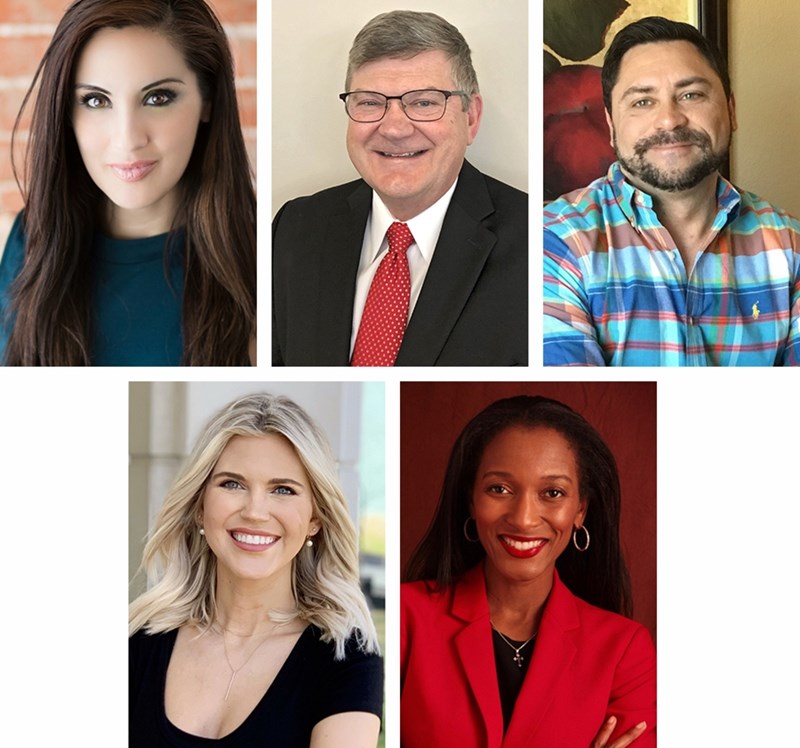 FAYETTEVILLE, Ark. — The Arkansas Alumni Association is proud to announce the newest members of the National Alumni Board of Directors who are a part of the Class of 2023.  These alumni have agreed to serve a three-year term, which began Wednesday, July 1.

Kathleen Gonzalez B.S.’11 of Rogers is a sales analyst with Coca-Cola Company.  She earned her bachelor’s degree from the University of Arkansas in landscape architectural studies from the Fay Jones School of Architecture and Design, and she attributes her experiences as a student to developing a strong discipline and work ethic.

Gonzalez earned an M.B.A. in business administration and management from John Brown University in 2018.  As a student she was active in the university’s horticulture club and sustainability club.  She has a keen interest in sustainability (fashion, design and innovation), and is active in her community while engaging in NWA Fashion Week and service to Crystal Bridges Museum of American Art.

Gonzalez is an annual member of the Arkansas Alumni Association.

Robert Koenig B.Arch.’90 of Leawood, Kansas, is associate principal at TreanorHL Architects. He attributes the U of A with helping to keep him connected to his childhood home state. As a student, he was a member of Lambda Chi Alpha Fraternity.

A John G. Williams Fellow, Koenig is active with the university community and is currently a member of the Dean’s Circle in the Fay Jones School of Architecture and Design. An active alumnus, Koenig has been engaged for some time with the Kansas City Alumni Chapter and played a pivotal part in fostering young alumni engagement and leadership for the chapter.

A life member of the Arkansas Alumni Association, Koenig is a past president and current board member of the Kansas City Chapter.

Wes Shirley B.A.’99, B.S.I.B.’02 of Fayetteville is a senior sales analyst for LALA U.S., Inc. He attributes his experience at the U of A for allowing him to broaden his horizons and make life-long diverse connections.

Shirley earned his bachelor’s degree from the Fulbright College of Arts and Sciences with a major in Spanish followed by a Bachelor of Science in International Business from the Walton College of Business. As a student, he was a member of Sigma Phi Epsilon.

Actively engaged with the Northwest Arkansas Chapter of the Arkansas Alumni Association for more than 10 years, he has held several board positions and is a past president of the chapter. He is an annual member of the association.

Cameron Housley Sutherland B.A.’11, J.D.’14, a native of Fayetteville, is director of social media for Cubbie’s Pet Shoppe in Kansas City, Missouri. A Fulbright Scholar, Sutherland earned her bachelor’s degree from the Fulbright College of Arts and Sciences with a major in political science followed by a Juris Doctor from the University of Arkansas.

As a student, she was a member of Delta Delta Delta and participated in the School of Law’s Legal Clinic. Following graduation, Sutherland traveled the world visiting over thirty countries. Her interest in traveling lends itself to an enriching learning experience.

Returning to Fayetteville, Sutherland is now looking forward to expanding her professional accomplishments and community involvement. She is an A-plus annual member of the Arkansas Alumni Association.

Shambrekia Wise B.A.’08 of Rowlett, Texas, is a multifaceted entrepreneur and author. A health insurance specialist for the U.S. Department of Health and Human Services, Wise is also an author of fiction and children’s books. She is a co-creator of Sightseeing with Sandy, a company that provides a worldwide sightseeing experience to children without leaving the comfort of their own home and giving the opportunity to learn about different cultures, places, and people.

A Gates Millenium Scholar, a Fulbright Scholarship recipient, and an inaugural Silas Hunt Scholar, Wise earned her bachelor’s degree from the Fulbright College of Arts and Sciences with a major in biology. A native Arkansan, Wise credits her campus experiences as life changing.

She is an Annual Member of the Arkansas Alumni Association.

A change in officers for the 501(c)(3) corporation also took effect July 1.

Ron Rainey B.S.A.’91, M.S.’93, Ph.D.’01 of Little Rock assumed the position of president for two years. Rainey is professor of economics with the University of Arkansas’ Division of Agriculture and works as an economist within the Department of Agricultural Economics and Agribusiness. He has been active in the association having served as president of the College of Agricultural Food and Life Sciences Alumni Society in fiscal years 2009 and 2010 and president of the Central Arkansas Chapter in 2009.  He has served on the National Alumni Board of Directors since July of 2016.

Teena Gunter J.D.’92, LL.M.’97 of Oklahoma City assumes the position of immediate past president for one year. Gunter is the general counsel for the Oklahoma Department of Agriculture, Food and Forestry and serves as director of Agricultural Environmental Management Services. She has been with the department for more than 20 years.