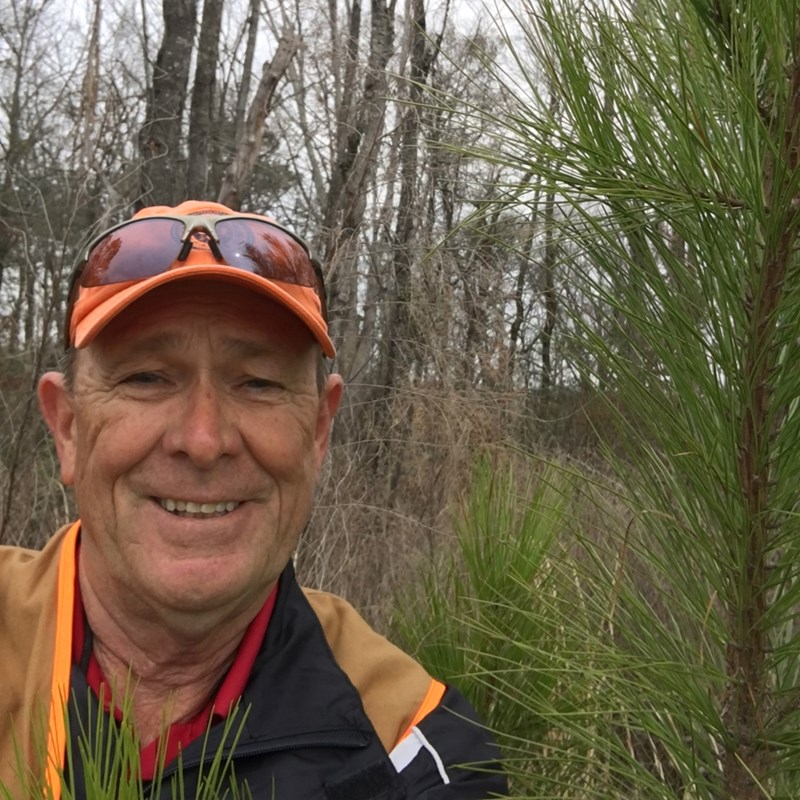 Tom Rowland on his property in south Arkansas.

FAYETTEVILLE, Ark. – University of Arkansas alumnus Tom Rowland is expressing his gratitude with a $317,000 real estate gift to the Fay Jones School of Architecture and Design.

The exhibition gallery in the Anthony Timberlands Center for Design and Materials Innovation will be known as the “Thomas Rowland Exhibition Gallery” in his honor. The naming is subject to the approval of Chancellor Joe Steinmetz and the University of Arkansas Board of Trustees, and Rowland’s gift will count in Campaign Arkansas, the university’s $1.25 billion capital campaign to advance academic opportunity.

“Tom Rowland’s support for the exhibition gallery in the Anthony Timberlands Center is an exemplary naming gift for the range of interior spaces in the facility,” said Dean Peter MacKeith of the Fay Jones School. “Following on the inspirational lead gift by John Ed and Isabel Anthony to name the center overall, Tom’s gift values the presence of an exhibition space for the building, firmly establishing a gallery that will provide faculty and students opportunities to display the innovative work undertaken in the teaching and research activities of the center. I am deeply grateful to Tom Rowland for his expression of belief in this project, and his commitment to the mission of the center and the university.”

Rowland grew up in Little Rock and graduated from Hall High School in 1963.

“Like most young boys growing up in Arkansas, I was an avid Razorback fan and ‘watched’ the radio every game,” he said. “And when the U of A offered me a much-needed scholarship, I immediately jumped at the chance to fulfill a dream to attend the university and play basketball for the Razorbacks. That began four of the best years of my life and created lasting memories and lifelong friendships.”

Rowland earned a Bachelor of Science in Business Administration from the Sam M. Walton College of Business in 1967. After graduation, he joined the U.S. Air Force and spent five years as an officer serving in the Strategic Air Command.

He transitioned to life in the corporate world and had the opportunity to live and work in cities such as Dallas, Chicago, San Diego, New York, Los Angeles and Paris. He eventually settled in Connecticut where he was the president of First Brands Corporation.

“With this gift, I wanted to express my gratitude to the U of A for the wonderful years it gave me,” he said. “Additionally, when I read about what Mr. John Ed Anthony and Dean Peter MacKeith had done to further the use of timber in buildings, I was intrigued. As a longtime absentee timberland owner in South Arkansas, making a gift to this project resonated with me. My son-in-law is an architect and my daughter is an accomplished designer, so putting all that together just made sense.”

The planned Anthony Timberlands Center for Design and Materials Innovation will serve as the epicenter for the Fay Jones School’s multiple timber and wood design initiatives, house the school’s existing and expanding design-build program and fabrication technologies laboratories, and serve as the new home to the school’s emerging graduate program in timber and wood design.

The planned center will be located on the northeast corner of the university’s Windgate Art and Design District, along Martin Luther King Jr. Boulevard in south Fayetteville. Grafton Architects, based in Dublin, Ireland, in partnership with Modus Studio of Fayetteville, are the project team for the center.

“This project to support the timber industry is important – not only to the state, which is 57 percent forest land, but also to the environment,” Rowland said. “The use of timber in lieu of cement and steel has a positive effect on our environment.”

Tom Rowland is a member of the Arkansas Alumni Association and the Chancellor’s Society and is counted as a Thoroughred for his 10 years of consecutive giving to the university. He is also included in the Towers of Old Main, a giving society for the university’s most generous benefactors.