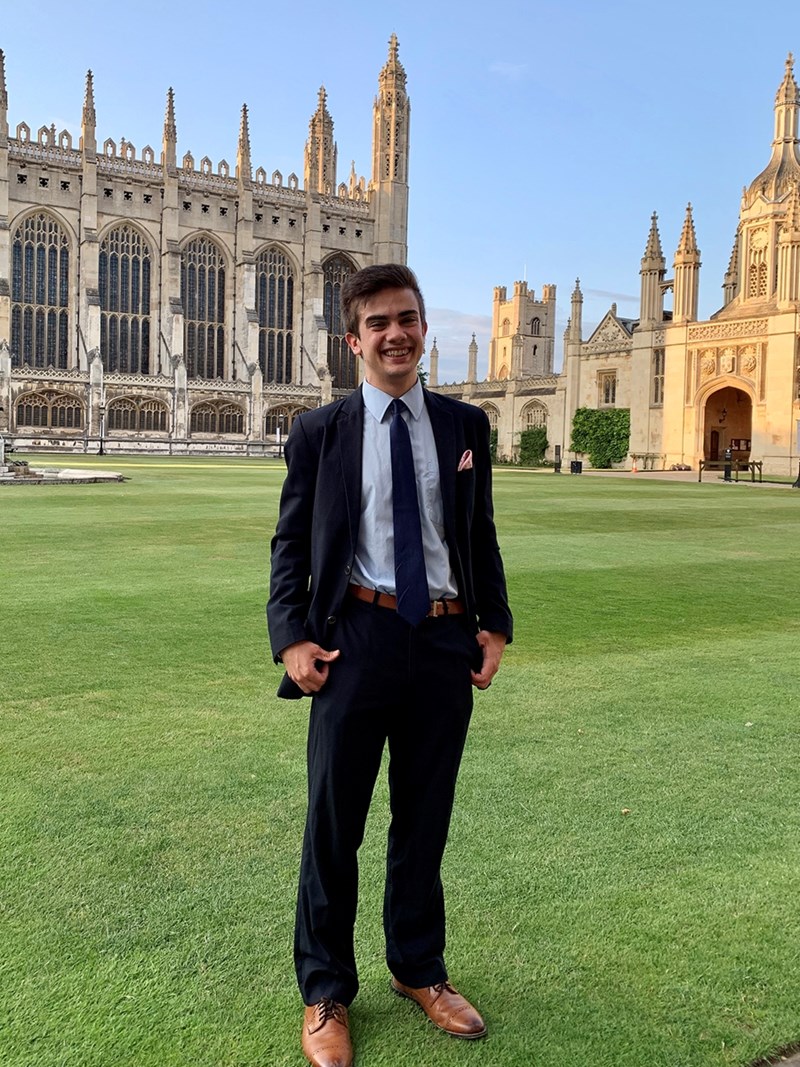 Honors College Fellow Jacob Huneycutt has won the prestigious Violet B. Gingles Award from the Arkansas Historical Association for a paper investigating a contentious 1901 split in the Arkansas Baptist State Convention.

His paper, "'A Lot of High-combed Roosters:' Agrarian Populism and the 1901 Split in the Arkansas Baptist State Convention," will appear in the Spring 2020 issue of the Arkansas Historical Quarterly.

"Mr. Huneycutt's Gingles Award in Arkansas history showcases his tenacity and ability to craft innovative and new arguments on the pivotal topic of religion in American history," said Jim Gigantino II,  chair of the Department of History in the J. William Fulbright College of Arts and Sciences. "His honors thesis promises to do more of the same, upending previous conceptions of race, religion and social systems in Early America."

Although that long-ago split had been considered theological in nature, Huneycutt convincingly argues that the rift evidenced tensions between "Redeemer" Democrats who pushed a "New South" urbanizing agenda and "Landmarker" Baptists who found common cause with agrarian populists. At that time, the Democratic party and the Baptist church in Arkansas were closely intertwined thanks to leaders like James Philip Eagle, a wealthy planter who served as governor from 1889-1893, and Jeff Davis, a well-known populist who won the gubernatorial race in 1900. Both men were active in the Arkansas Baptist State Convention — Eagle served as president for 25 years — and both belonged to the same church congregation.

There are lessons to be learned about the dangers of intermingling church and state, but to Huneycutt, the greatest takeaway may be methodology: "It shows the importance of looking at how institutional groups and networks connect, instead of just individual people, doing 'great man' history."

Born and raised in Fayetteville, Huneycutt is majoring in both history and international and global studies and minoring in anthropology. His grandfather Don Schaefer, a long-time staff member of University Relations who documented the history of buildings across campus, prompted his interest in tracing family history. Genealogical research schooled Huneycutt on the importance of unearthing reliable primary sources and sparked a love for religious history. His honors thesis, guided by Gigantino, will focus on his paternal grandfather's ancestors, members of a unique sect of Primitive Baptists in North Carolina.

Last year, Huneycutt studied abroad at Cambridge University, where he conducted independent research on how networks between Baptists in England and the United States helped ensure the successful establishment of churches in the American South. Following graduation, he plans to continue studying church history on the graduate level.