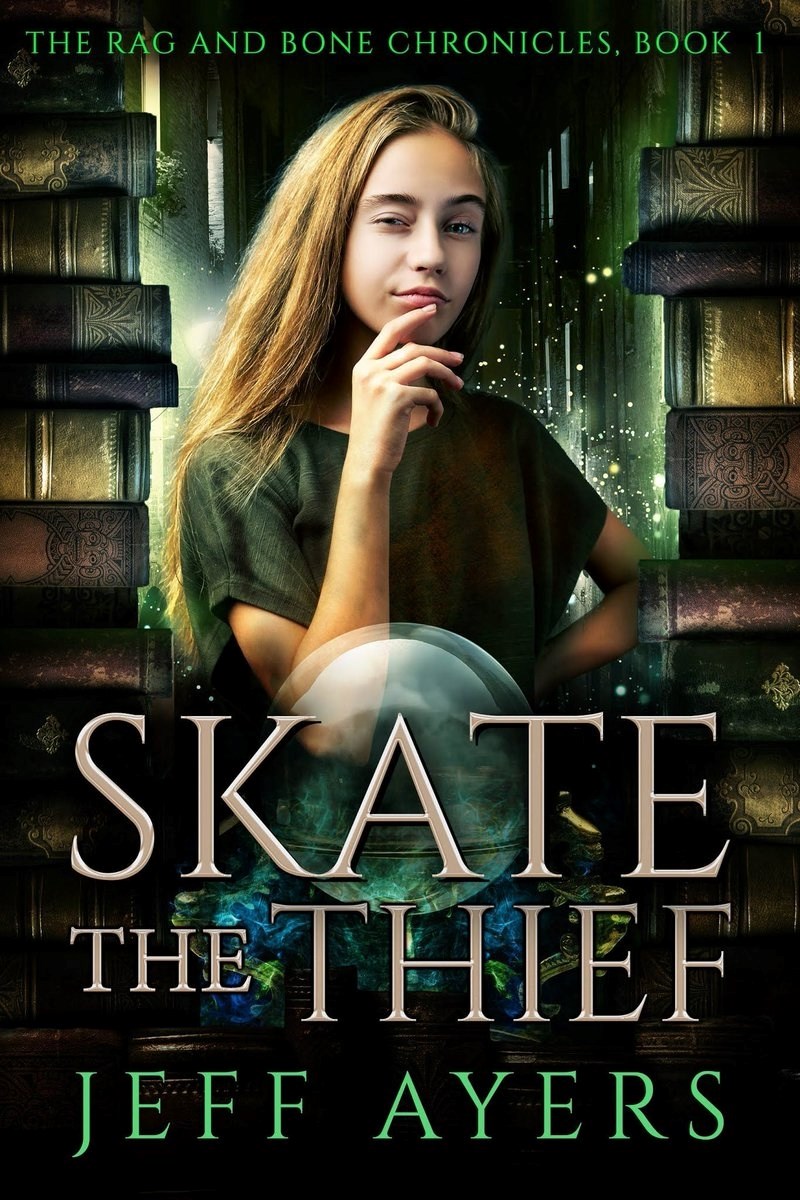 University of Arkansas alumnus Jeff Ayers has written a young adult fantasy novel that's set to be released this week.

Ayers, who teaches English and creative writing at Rogers High School, graduated from the U of A Master of Arts in Teaching program in 2012. Over the years he has served as a mentor teacher to the university's education students as part of their internships.

Ayers' book, Skate the Thief, is published by Thinklings Books and will be released on Tuesday, June 2. The book's heroine is 9-year-old Skate, who's full of street smarts and sass, Ayers said.

"I wanted to write a story about choices, and that, I think, is what's at the bottom of it — a story about making choices in gray areas, where clear-cut answers are hard to come by," he said.

Ayers, a married father of two, is an avid reader of fantasy and science fiction stories. He began writing back in middle school, but he didn't start Skate's story until October of 2017.

Skate is the first in Ayers' Rag and Bone Chronicles series. He's in the early stages of the second book.

"I hope to have the first draft done by the end of summer, but we'll see," he said. "Two little ones stuck at home may slow me down considerably. There's only so much time to write between the infant's soiled diapers and the toddler's wrestling matches on the floor."

Ayers said he's excited to see his first book baby going out into the world.

"I hope people like it and come away wanting more. Of course, there's always some nervous energy when putting your work out in front of anyone, but that's a much better feeling than the rejection letters that came before," he said. "I also hope that my creative writing students can have some confidence that I know at least a little bit of what I'm talking about now, but who can say what students will think?"

Christian Goering, one of Ayers' professors in the College of Education and Health Professions, is proud of his former student.

"Jeff was a terrific student in the program. It's great to see his passion for writing — both in developing it in his students and in being a writer himself — come to fruition in this book," he said.

Ayers, a twice-graduate of the U of A, appreciates the education he received from his alma mater.

"The university has given me so much," he said. "I can look back on my time almost ten years ago as some of the fondest memories of my life so far, and I've entered a productive and fulfilling career as a public school teacher as a result of the combined efforts of all of my professors there."