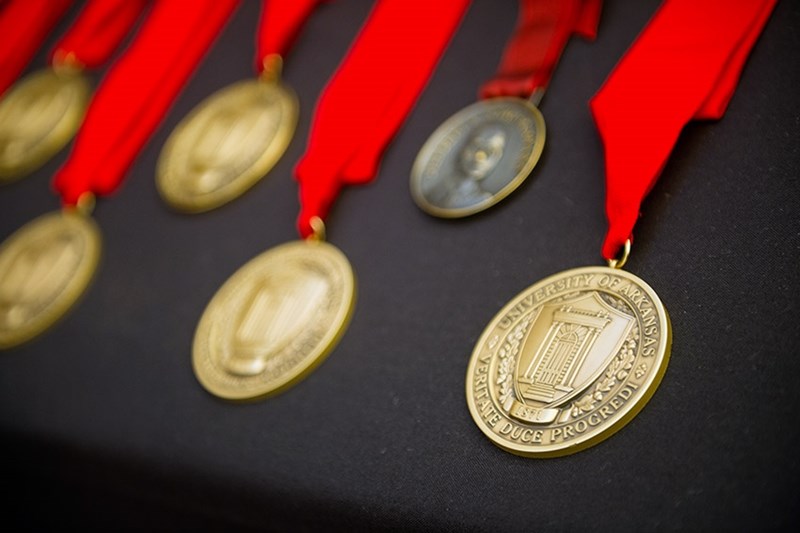 The Fay Jones School of Architecture and Design has announced scholarships and awards for nearly 80 students through its 2020 Honors and Awards Recognition program.

FAYETTEVILLE, Ark. – The Fay Jones School of Architecture and Design recently announced the nearly 80 students to receive scholarships and other awards through its 2020 Honors and Awards Recognition program. More than $152,000 was handed out through scholarships that recognized various aspects of achievement among architecture, landscape architecture and interior design students.

"The annual Honors and Awards Recognition program is the highlight of our year in the Fay Jones School," said Dean Peter MacKeith. "We're able to recognize the success of our students, the support of their families, and the generosity of so many alumni, friends and benefactors who make our scholarships possible. Although this year's ceremony at the school was not possible, we've been able to announce and recognize our students through multiple forms of promotion. Our congratulations to the students and our gratitude to our supporters is undiminished by the circumstances — and we look forward to next year's program already."

Many honors were awarded under each of the three departments, while some honors were available to any student within the school. Some students received multiple honors.

Students selected from the entire school for recognition included:

In addition, Jennifer D. Webb, an associate professor in the Department of Interior Design, received the Tau Sigma Delta Silver Medal. Beau Burris, a landscape architecture student and a member of the Honors College, received the Tau Sigma Delta Bronze Medal. These are awarded to a professional and a student with records of distinction in design and/or education in the field of architecture, landscape architecture or the allied arts.