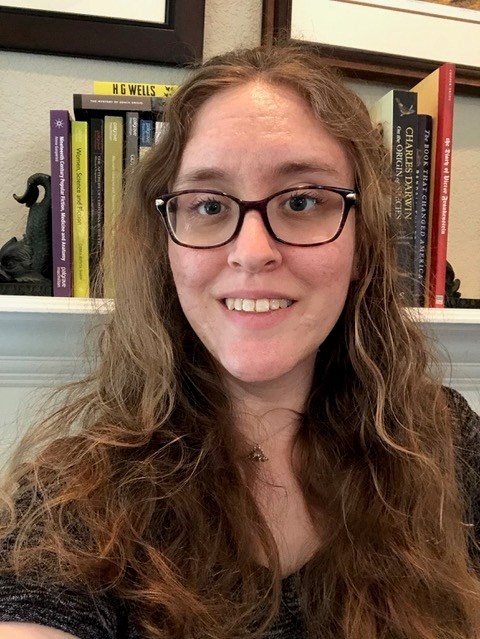 Kristen Figgins, doctoral candidate in the Department of English at the J. William Fulbright College of Arts and Sciences, has received one of the 2020 James J. Hudson Doctoral Awards in the Humanities from the Graduate School and International Education.

Each award is for $1,500 and given to a department-nominated graduate student in comparative literature and cultural studies, English, history, or philosophy, who has only their dissertation left to write and defend and who plans to graduate in the coming year.

The award was established in 1986 in memory of James J. Hudson, a longtime professor of history and former dean of the University of Arkansas Graduate School.

Figgins's dissertation, "Adapting Animals in Nineteenth-Century British Literature, Science, and Philosophy," argues that anthropomorphization in literature is an important act of building what we think of as defining traits of the human species, especially in contrast to animals.

Figgins views anthropomorphization as an attempt to imagine the unknowable animal alterity and finds that perspective to be particularly useful in examining how talking, thinking, feeling animals of nineteenth-century British literature are adapted over time and why.

By tracing the ways that animal characters like the White Rabbit from Alice's Adventures in Wonderland or Bagheera from The Jungle Book or the Beast People from The Island of Dr. Moreau are imagined over time, Figgins claims we can learn about how attitudes regarding animals have changed since the rise of natural science in the 19th century.