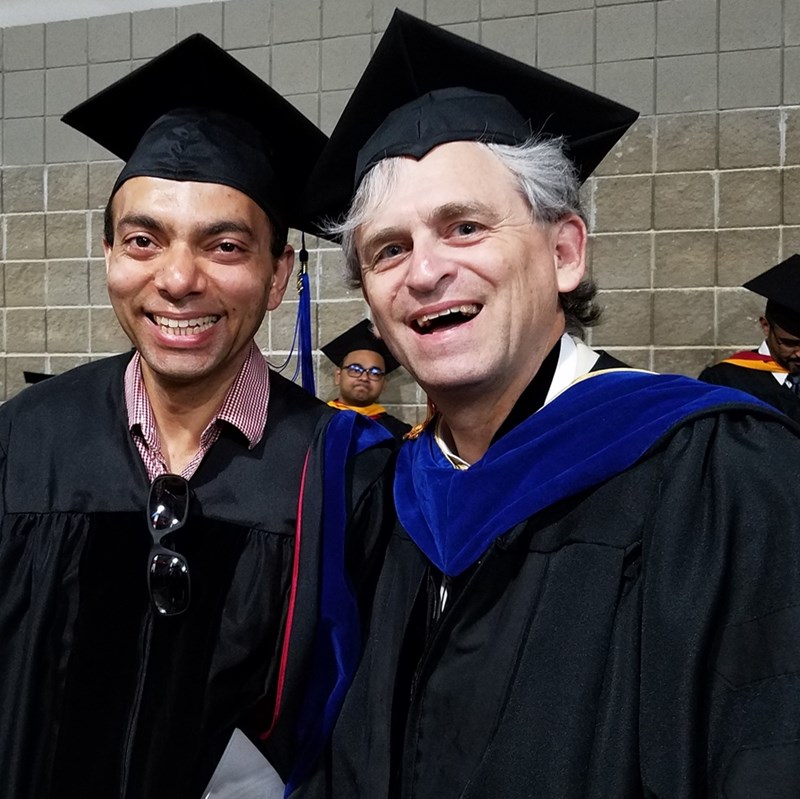 History and research show it's important to be flexible when it comes to the relationship among government, religion and schooling.

"We need to learn from the lessons of European nations, and from our own past," said University of Arkansas professor Robert Maranto.

Maranto, who teaches in the College of Education and Health Professions' Department of Education Reform, co-edited a book on this topic with U of A alumnus M. Danish "Dany" Shakeel. Shakeel is in a research post at Harvard's Program on Education Policy and Governance.

The book, Educating Believers: Religion and School Choice, was recently published by Routledge and features theoretical essays and empirical studies from leading researchers on religion and schooling. The book's contributors use various social scientific methods to explore issues of religious and educational diversity, and how societies can better accommodate that diversity.

The co-editors are of different religions and the book's contributors, prominent social scientists, come from a number of faith traditions and countries, including the United States, Canada, India, the Netherlands, Belgium and Kazakhstan.

Maranto said diversity is at the heart of the book.

"My department is religiously very diverse. We have colleagues of several faiths and no faith, which stimulates fascinating research questions," he said. "I have colleagues who study and compare public schools and private religious schools. In addition, while serving on the local school board I found that religious issues cropped up from time to time since religion and schooling are both very personal and very important.

"I was actually able to work out a compromise on one such issue. On this book project in particular, it probably helped that I'm a religious Christian, Dany is a religious Muslim, and we take both our faiths and good research very seriously."

For one, religion and schooling can't be fully separated, since each involve questions about basic values, and because you can't teach students about history and society without covering religion, he said.

Second, rather than causing division, most religious schools seem to lead to greater social harmony and tolerance. Using a national survey, education reform professor Jay Greene and U of A alumnus Ian Kingsbury found that private, mainly religious schooling is associated with reduced anti-Semitism. Dutch professor Jaap Dronkers found that government-funded Islamic schools in the Netherlands do not promote separatism, but rather a sense of belonging and good citizenship, Maranto noted.

Maranto said other book chapters show that in multiple nations like the Netherlands, Belgium, Canada, and Australia secular governments pay student tuition at religious schools, so long as those schools meet certain standards.

"Dozens of American local governments paid student tuition at Catholic schools before anti-Catholic bigotry ended those programs in the late 1800s," he said. "This is a rich part of America's past, now largely forgotten."