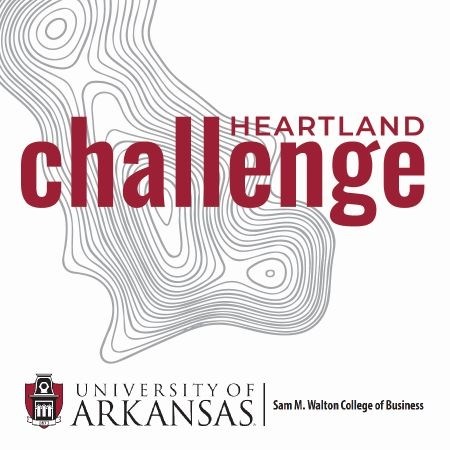 FAYETTEVILLE, Ark. – The Heartland Challenge, a new collegiate startup competition and the first global student startup competition held in the state of Arkansas, is moving forward this spring, pivoting to an online showdown among 12 top entrepreneurial teams from around the world for its semifinals and finals.

The competition, with primary support from the Walton Family Foundation, will be held online May 27-29. It is being organized by the University of Arkansas’ Sam M. Walton College of Business.

The invited graduate student entrepreneurial teams are competing for a cash prize pool of $95,000.

The competition is moving forward online to support all the hard work put in by the student teams in the hopes of building their technology-based ventures.

“Many student competitions on the circuit have been canceled,” said Deb Williams, director of student programs in the Office of Entrepreneurship and Innovation. “Some have been tentatively postponed and others canceled completely.

“We weighed several options, including postponement, but we believe the most impactful approach would be to host a virtual competition.”

The U of A’s Office of Entrepreneurship and Innovation and the Arkansas Capital Corporation, a community development finance company that is known for the success of its annual Arkansas Governor’s Cup Collegiate Business Plan Competition, partnered to launch the new competition this year.

One reason for moving ahead with the Heartland Challenge online was the success of the format for this year’s Governor’s Cup.

“We believe that providing the opportunity to compete for prize money will be the most meaningful and memorable connection we can establish with these teams, whose members have worked hard to become competitive for investment and whose opportunities to compete have dwindled to near zero,” said Carol Reeves, professor and Cupp Applied Professor of Entrepreneurship in the Walton College. “We are extremely grateful to the Walton Family Foundation for their support of the competition and for this new online format.”

The Heartland Challenge is the first global student startup competition held in the state of Arkansas. A $50,000 prize goes to the overall winner.

Three teams will compete in each of the four semifinal tracks on May 28 to win a place in the finals on May 29.

Teams scheduled to compete are: