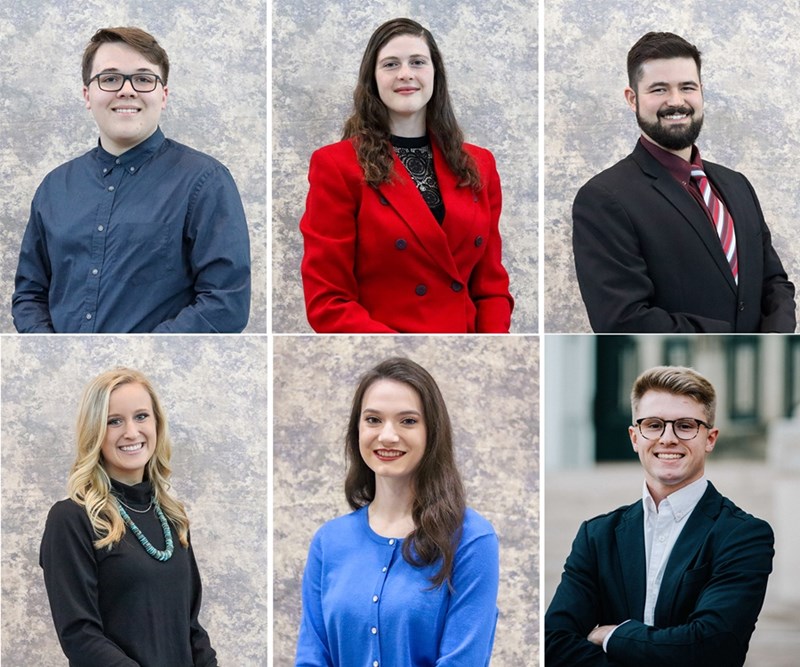 Ian McGregor Gilbert, a triple-major in animal science, biology and Spanish from Springdale, was named the college's Presidential Scholar.

Hillary Donna Fischer, Bradley B. Borges and Mesa Bryann Kutz were named Dale Bumpers Distinguished Scholars. Fischer, in entomology from Beatrice, Nebraska, is the Ph.D. recipient; Borges, in agricultural and extension education, is the master's degree winner; and Kutz, a double-major in animal science and poultry science from West Fork, is the undergraduate transfer honoree.

Anastasia Mills, a double-major in food science and music from Benton, is the John W. White Outstanding Student Award winner.