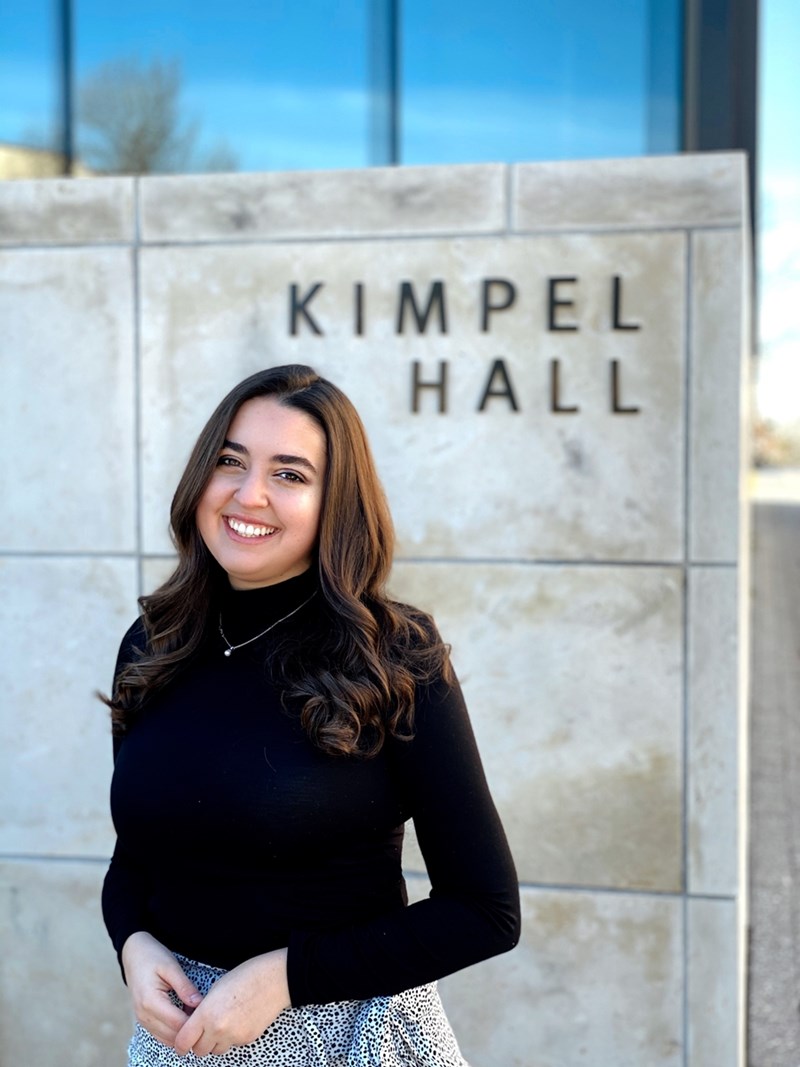 FAYETTEVILLE, Ark. – The Program in Creative Writing and Translation is pleased to announce that Elizabeth Muscari has been awarded the undergraduate Felix Christopher McKean Memorial Award for her poem, "Poem for Ann."

Muscari, a senior English major concentrating in Creative Writing in the Department of English and the Honors College, said this about the inspiration for the work, "'Poem for Ann' discusses the complicated relationship between grieving a person and honoring their memory. I wrote this poem after receiving a thick folder of poems my late paternal grandmother, Ann, had written. Reading them was an emotional experience. It took several days to go through the folder because I missed her; however, I was finally getting to know her as a person and poet, as she passed when I was very young."

The award was founded in 1945 to honor the memory of McKean, an Arkansas native of Lockesburg who, while studying foreign languages, business, and mathematics at the U of A, discovered a passion for writing poetry. After McKean was killed in the line of duty during World War II, his mother established the award with funds from his serviceman life insurance, stipulating that it be granted to students as a literary award for poetry.