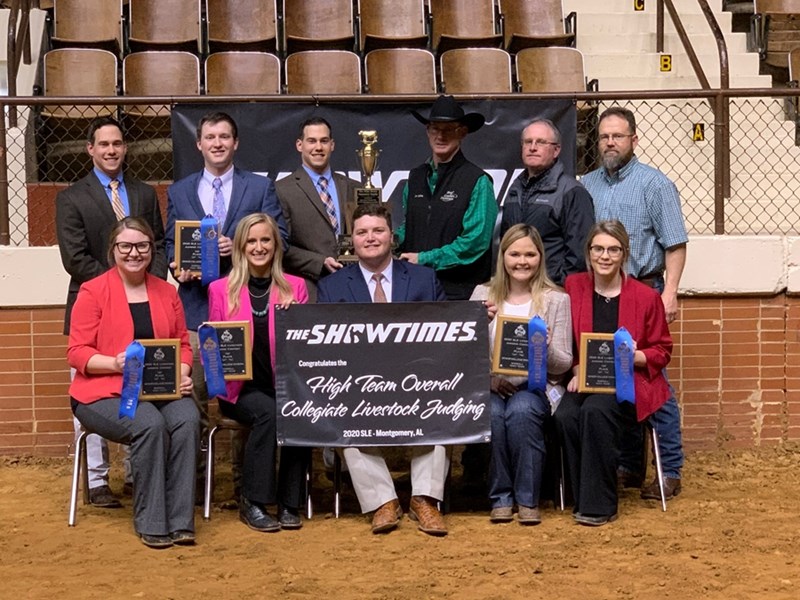 The livestock judging team with their championship banner and awards.

The contest was held at Garrett Coliseum and marks the fourth time the team has earned a top-10 finish this semester.

In January, the group was eighth of 26 teams at the National Western Stock Show held in Denver; a few weeks later, fourth at the Fort Worth Intercollegiate Livestock Judging Contest, including first in both cattle and horse, and third in reasons; and then fourth at the Dixie National Collegiate Beef Judging Contest in Jackson, Mississippi, including second in market steers and third in Brahman.