Biologists Give Talk on Slime Molds at International Meeting 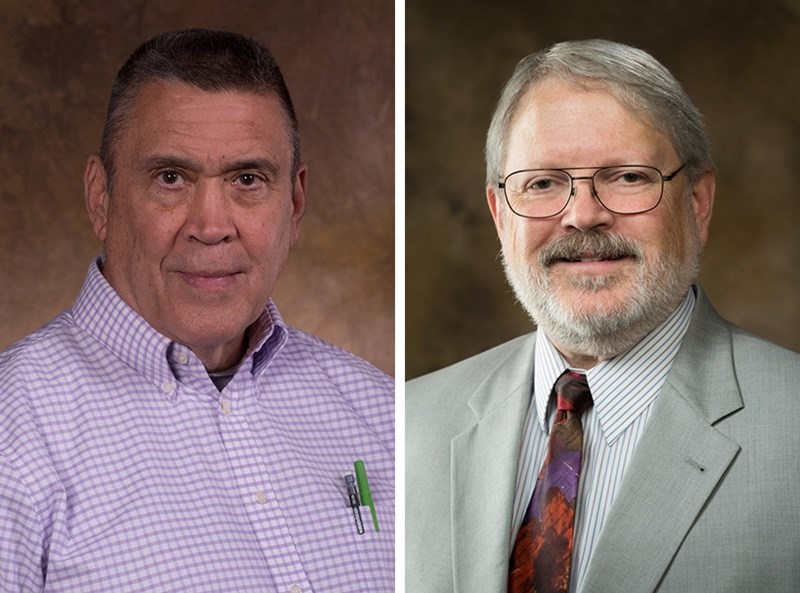 Two faculty members from the Department of Biological Sciences gave invited lectures at the 10th International Congress on the Systematics and Ecology of Myxomycetes, held Feb. 25-28 in Turrialba, Costa Rica.

The congress, which brings together individuals from throughout the world who have an interest in or study myxomycetes and other slime molds, is held every three years.

Steve Stephenson, a research professor, presented the introductory lecture to open the congress. His talk, "On the Track of the Elusive Slime Mold," was an overview of the research program he has carried out on myxomycetes in the past 40 years, which has taken him to all seven continents and to examples of every major type of terrestrial ecosystem.

Fred Spiegel, a Distinguished Professor in the department, gave a lecture entitled "A Slime Molder's Swan Song — The Work That is Left to be Done" in which he discussed both the research he has carried out over his career and areas of slime mold research that still need to be pursued. Spiegel could not attend the congress as a result of an illness but made his presentation through Skype.

The next congress will be held in 2023 in Estonia.