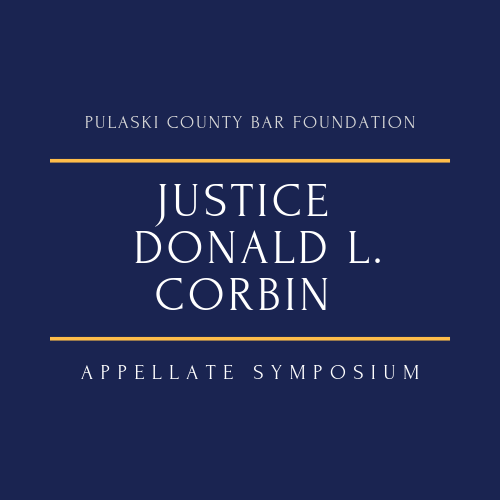 Scholarship recipients will be entering first-year students who are either from Pulaski County or plan to practice in Pulaski County.
The Symposium was created to honor Justice Donald L. Corbin’s contributions to the legal profession and to honor his memory. It alternates between the University of Arkansas at Little Rock William H. Bowen School of Law (even years) and the University of Arkansas School of Law (odd years).

Corbin was born March 28, 1938, in Hot Springs. He passed away Dec. 12, 2016, in Little Rock. He spent his early years in Hot Springs and moved to Lewisville after his father’s discharge from the Navy, where he played football and was a national champion poultry judge. After completing his service with the Marines, he earned two degrees from the University of Arkansas: a Bachelor of Arts in history and sociology in 1963 from the J. William Fulbright College of Arts and Sciences and a  Juris Doctor in in 1966 from the School of Law.