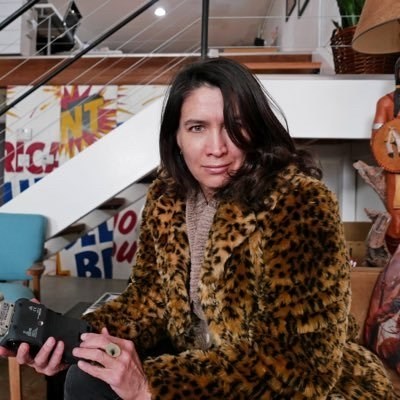 Join the David and Barbara Pryor Center for Arkansas Oral and Visual History and the School of Journalism and Strategic Media in the J. William Fulbright College of Arts and Sciences this semester for a series of evenings with celebrated Indigenous storytellers.

Herrera is currently the climate editor for Colorado Public Radio. Her heritage is Xolon Salinan; her family's traditional village was in the Toro Creek area of the Central California coast.

Herrera has covered gender and equity for PRI's reporting project "Across Women's Lives," which focuses on women's rights around the world. This project has taken her to Ukraine, where Herrera showcased the country's global surrogacy industry, and reported on families who are so desperate to escape the ongoing civil war that they have moved to abandoned towns near the Chernobyl nuclear disaster site.

Herrera previously covered Oklahoma's diverse Indigenous population and received a News & Documentary Emmy nomination for her Reveal story "Does the Time Fit the Crime," which centered on criminal justice in Oklahoma and Ohio.

All Indigenous storyteller events are free and open to the public at the Pryor Center. The additional upcoming events include:

Kalyn Barnoski (Cherokee)
6 p.m. Thursday, April 9
Barnoski is a musician, fine artist, and graphic designer currently pursuing an M.F.A. in printmaking from the University of Arkansas. Her personal work in both visual art and music is fueled by cultural survival and creating pathways to encourage future generations of Indigenous peoples. Recently, she was awarded a grant to pursue a billboard project along the Trail of Tears to promote contemporary Indigenous artists within the tribal nations affected.