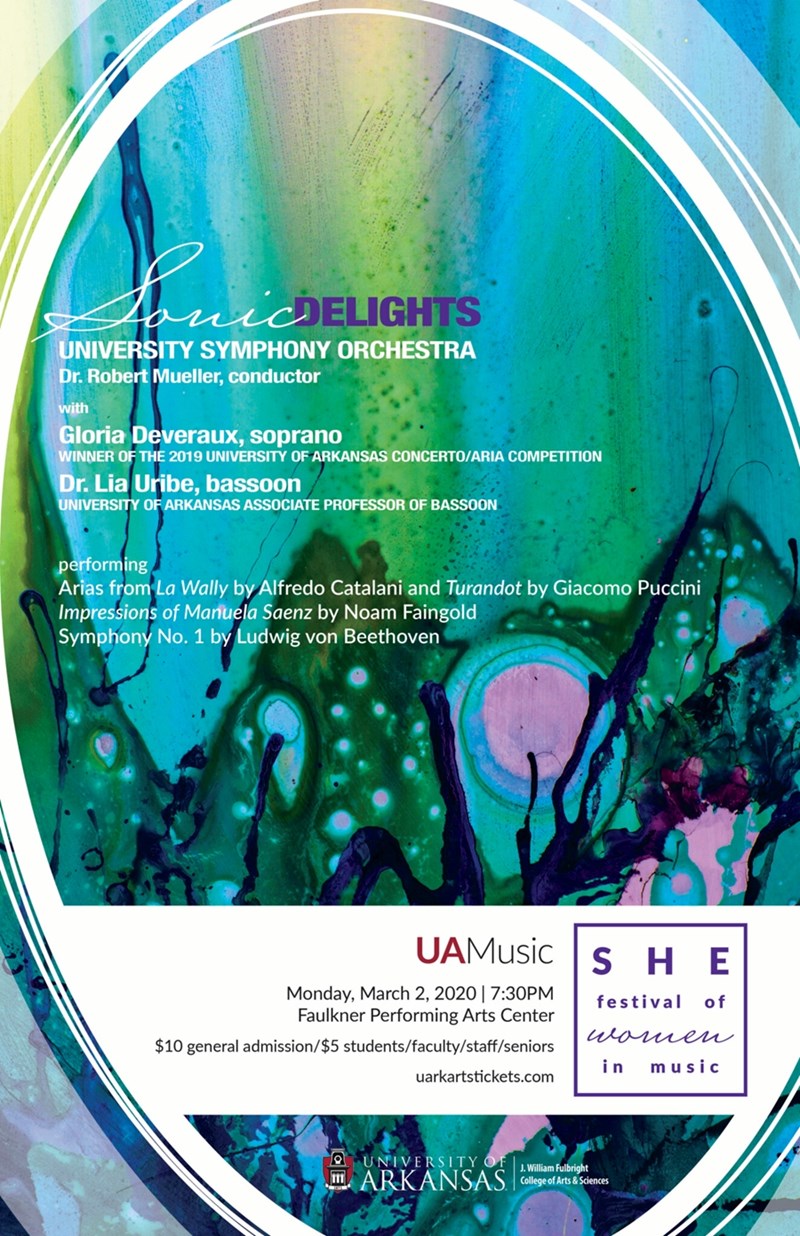 In celebration of Women's History Month, the Department of Music kicks off the 2020 SHE Festival of Women in Music with performances, masterclasses, and lectures to take place highlighting women composers, performers and professionals.

One of the opening events is the "Sonic Delights" by the University Symphony Orchestra performing in the Jim and Joyce Faulkner Performing Arts Center at 7:30 p.m. Monday, March 2.

A highlight of the concert will be the vocal talents of Gloria Deveraux, U of A graduate student in vocal performance, and winner of the University of Arkansas' 2019 Concerto-Aria Competition. The prize for winning was the opportunity to have a solo during the USO concert and Deveraux has been preparing for her turn in the spotlight for months.

"The preparation period [can] take weeks to pull everything thing together," Deveraux said. "I first conduct research over the actual song before I listen to it. From there, I have to translate the text to understand the meaning of the song."

She will be performing the arias from two operas; the first from Giacomo Puccini's Turandot and the other from Alfredo Catalani's La Wally.

Then, Lia Uribe, associate professor of music, will perform a piece with the USO called Impressions of Manuela Sáenz for bassoon and orchestra. The central figure of the piece, Manuela Sáenz, was a revolutionary leader in South America as well as an early proponent for women's rights in her home country of Equador.

Uribe, in conjunction with conductor Dominique Royem, worked with composer Noam Faingold to bring Manuela's story to life through music. This performance is part of the Department of Music's SHE Festival highlights.

Lastly, to continue the year-long celebration of Ludwig van Beethoven's 250th birthday, the USO will perform Symphony No. 1 in C Major.  The piece was written as a dedication to an early patron of the composer as well as his teacher Joseph Hayden.