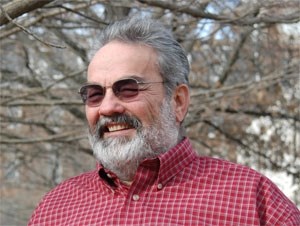 Brown was a faculty member in the Department of Biological Sciences for 41 years until his retirement in 2015. He received his Bachelor of Science in 1962 and Master of Science in 1966 from Sam Houston State University in Huntsville, Texas, and his Doctor of Philosophy in 1974 from the University of North Texas in Denton.

Brown enjoyed teaching and mentoring both graduate and undergraduate students in the field of stream ecology. He was respected for his research in the rivers and streams of the Ozark and Ouachita Mountains. He published 60 refereed publications and trained over 30 graduate students, serving as a committed and exemplary role model and spokesperson for freshwater conservation and stewardship.

Brown loved being outdoors and he enjoyed hunting, fishing and observing wildlife. His other hobbies included woodworking, traveling and writing short stories. He also used his architectural talents to build multiple structures including a barn, garage with an apartment and a house.

Brown is survived by his wife and best friend of 42 years Kris Brown of West Fork; his son, Adam Brown of Windsor, Connecticut; his daughter, Alyson Thornton of Woodland, California, and three sisters, Betty Sue Morgan of Huntsville, Texas, Bonnie Harvey of Trinity, Texas, and Evie Guidry of Lago Vista, Texas. He also leaves behind five grandchildren and eight great-grandchildren.

A funeral service was held for him on Feb. 27 and he was laid to rest in Mount Comfort Cemetery.

In lieu of flowers, the family invites contributions to causes and activities valued by Brown, including Razorbacks for Christ at Mount Comfort Church of Christ, and Children's Home Inc. in Paragould.