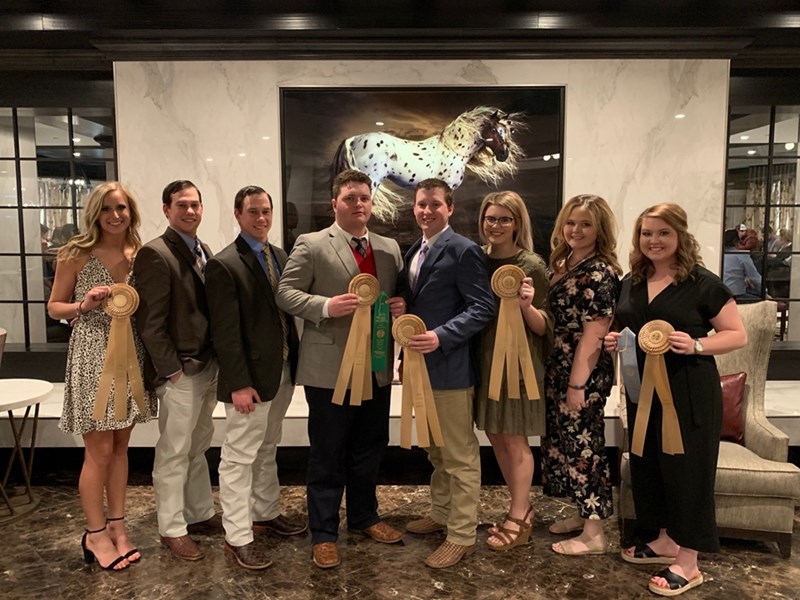 In late January, the team placed eighth overall in a field of 26 while competing in the National Western Stock Show held in Denver.

A few weeks later, the U of A group earned a fourth place finish overall in the Fort Worth Intercollegiate Livestock Judging Contest. The team also placed first in both cattle and horse, and third in reasons.

Their third event featured a trip to Jackson, Miss., to compete in the Dixie National Collegiate Beef Judging Contest. The team placed fourth overall, second in market steers and third in Brahman.