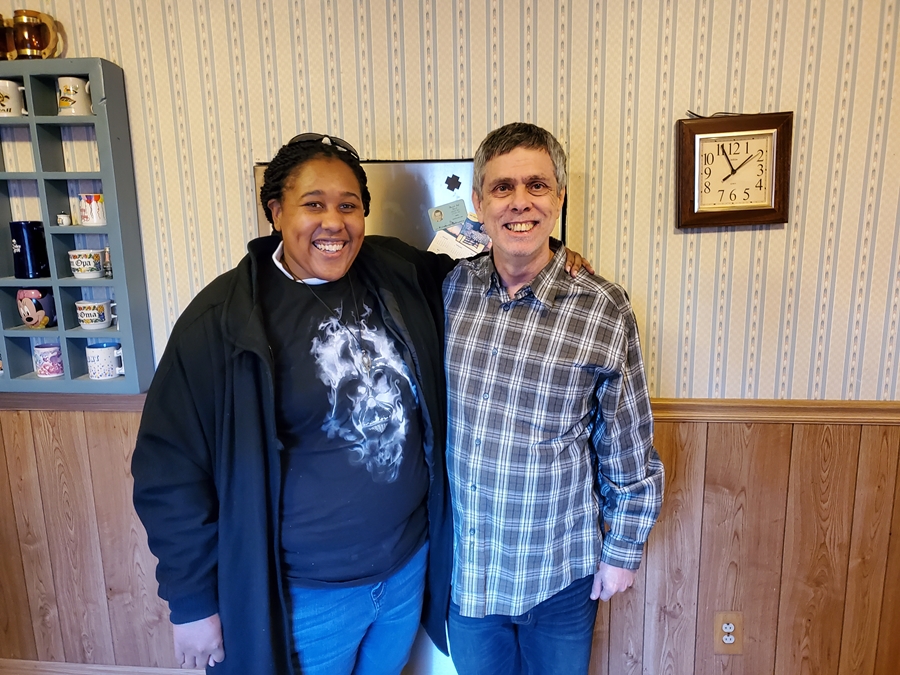 Tiffany Murphy and Karl Fontenot on the day of his release.

FAYETTEVILLE, Ark. – After seven years representing a falsely convicted Oklahoma man, Tiffany Murphy, associate professor at the University of Arkansas School of Law, and her client, Karl Fontenot, were able to celebrate his freedom in December 2019.

Despite the court's 191-page opinion and order that found him actually innocent (the absence of facts required for conviction under a criminal statute) and granted the habeas writ (unlawful detention or imprisonment) vacating all convictions, Oklahoma's attorney general is appealing the decision, and local prosecutors are considering a retrial. Currently, Fontenot is out on bond while the case is pending on appeal.

"I believe that Karl is innocent," said Murphy, who began working on Fontenot's case while the head of the Oklahoma Innocence Project and continued on a pro bono basis after coming to the U of A. "It is my privilege to have represented him over the last seven years and I will continue to do so until he is fully exonerated."

Fontenot and his co-defendant, Thomas Ward, were convicted of murder, kidnapping and robbery in 1984. Their case is the subject of the books "Dreams of Ada" by Robert Mayer, published in 1987 and "The Innocent Man: Murder and Injustice in a Small Town" by John Grisham, published in 2006, as well as a six-part documentary series released on Netflix in 2018. The authors and film makers analyzed the events, tactics and evidence - both submitted and withheld - surrounding the investigation.

"The investigation into Mr. Fontenot's case has revealed both documents and witness statements that prove an alibi defense, and substantiate proof of the ineptness of the police investigation," Payne wrote.

"He was extremely excited to be found actually innocent, which he is," Murphy said in a brief telephone interview with The Associated Press. "But he also understands that this is not over."

Murphy joined the University of Arkansas faculty in 2014 after teaching at the Oklahoma City University School of Law as a clinical professor and the director of the Oklahoma Innocence Project, which is where she originally encountered Fontenot's case. Prior to that, she was a clinical professor and legal director of the Midwestern Innocence Project at the University of Missouri Kansas City. Before moving to academics, she practiced at the Federal Defender's Office Capital Habeas Units in Philadelphia and Las Vegas.

Murphy holds a Bachelor of Arts and a Juris Doctor from the University of Michigan.