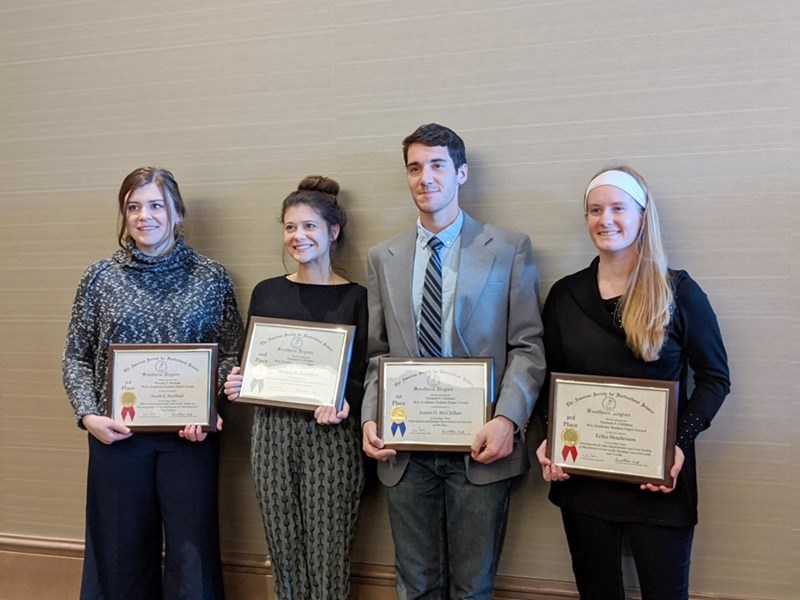 FAYETTEVILLE, Ark. – U of A students from two departments in the Dale Bumpers College of Agricultural, Food and Life Sciences combined for 20 total awards at the recent Southern Region American Society for Horticultural Science annual meeting in Louisville, Kentucky.

The American Society for Horticultural Science is recognized around the world as one of the most respected and influential professional societies for horticultural scientists. It promotes and encourages national and international interest in scientific research and education in all branches of horticulture.