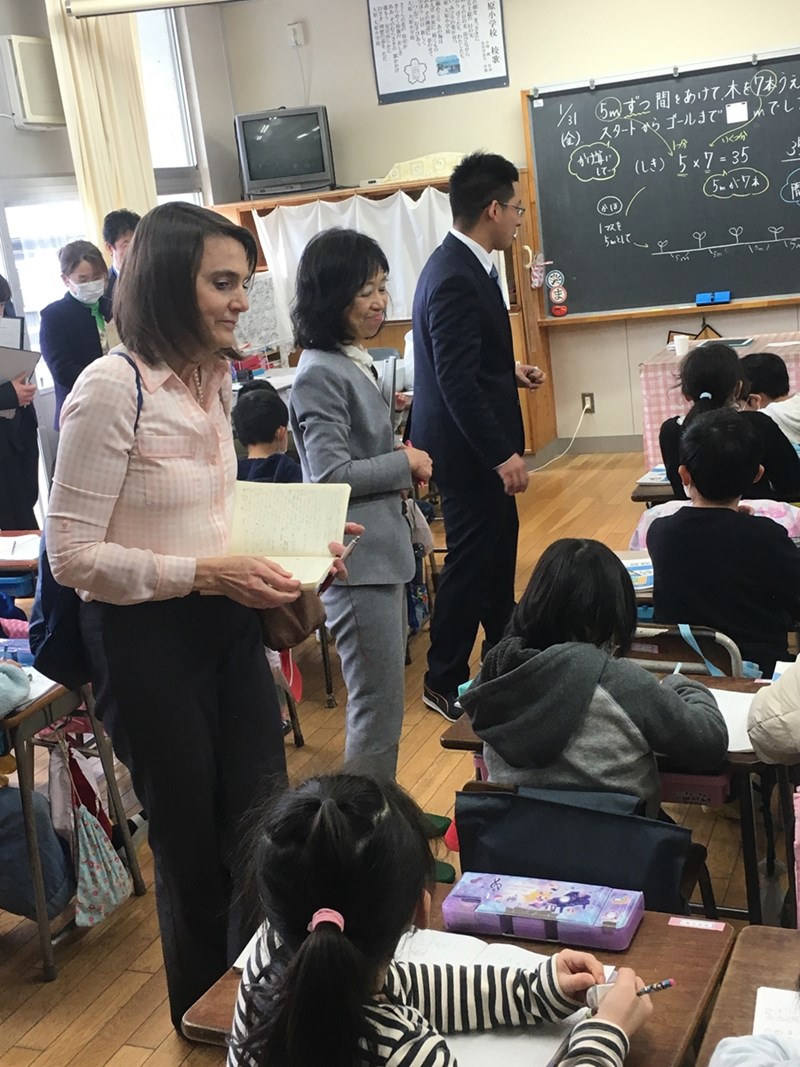 U of A Professor Vicki Collet, left, with Dr. Nanae Matsuo from Chiba University during a Lesson Study in Chiba, Japan.

Collet's research on Lesson Study is supported by the Fulbright Global Scholar Award.

"Japan is where Lesson Study began," said Collet, "so being here has been a wonderful opportunity to look at how Lesson Study has evolved and been scaled up as a nationwide system."

Collet has travelled across Japan to investigate how lesson study varies across current contexts. She is especially interested in understanding how Lesson Study is used flexibly in response to differing contextual needs.

Collet feels this approach offers an appropriate balance between choice and systemic implementation. "It's important to understand how to put structures in place that create consistency and sustainability while maintaining flexibility to the particular needs of a school community," she said.

Collet will travel to Ireland in March and back to Japan in May as part of her ongoing research through the Fulbright Global Scholar Award.  Collet is one of only 25 scholars to receive the award this year, which supports scholars who do research in more than one host country.

Collet's Global Scholar research builds on her previous work with Lesson Study in the United States, which is described in her book, Collaborative Lesson Study, published in 2019 by Teachers College Press. Collet's scholarly work on Lesson Study includes publications in Teachers College Record, Literacy Research and Instruction, and The Chronicle of Mentoring & Coaching.

Collet said the Fulbright award is offering the opportunity to share information, learn together, publish research findings, and build new professional relationships in Japan and Ireland. According to Collet, collaborative research conducted in Japan and Ireland will enhance the understanding of the international research community on the capacity of Lesson Study to support teachers' planning and professional learning and to encourage culturally-relevant pedagogy.