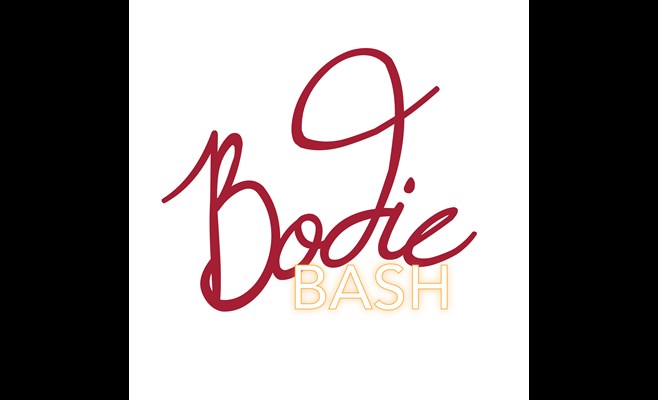 The logo for the event, sporting the “Bodie” nickname and a hint of neon, signaled that the reunion would be fun, not formal. Design: Leigh Prassel. 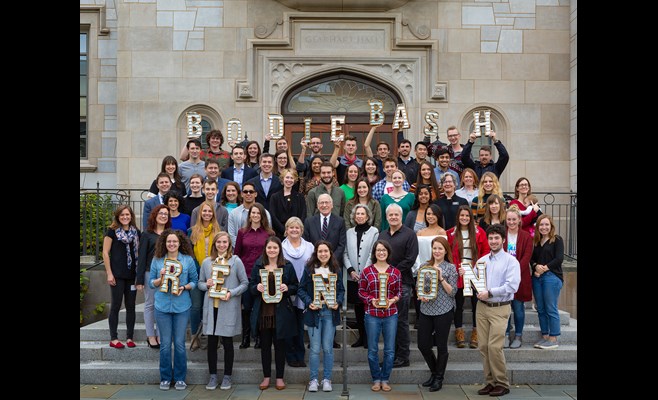 Following a networking box lunch on Saturday, the Bodenhamer family, current and alumni Bodenhamer fellows, and one future fellow posed for the biggest Bodie group shot ever. Photo: Russell Cothren. 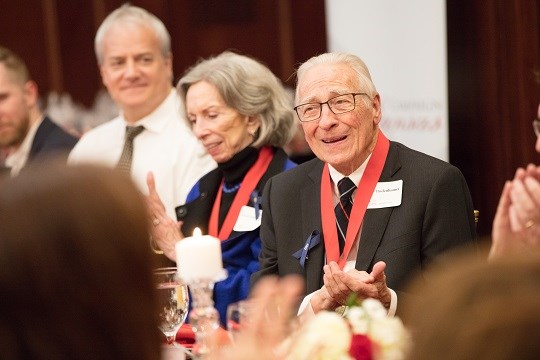 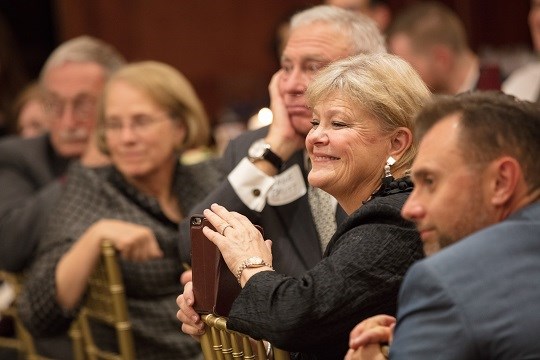 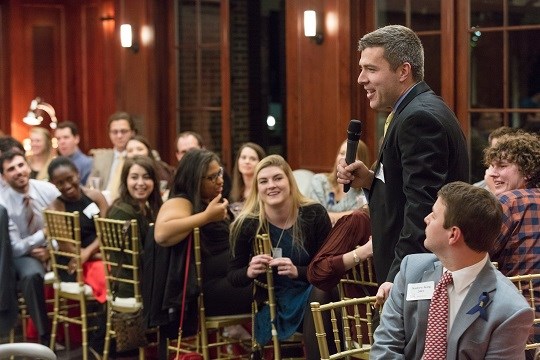 The Bodie Bash concluded with heartfelt testimonials from alumni such as Ben Hood, a member of the first group of Bodenhamer fellows who played a major role in creating the close-knit culture that fellows enjoy. Photo: Russell Cothren. 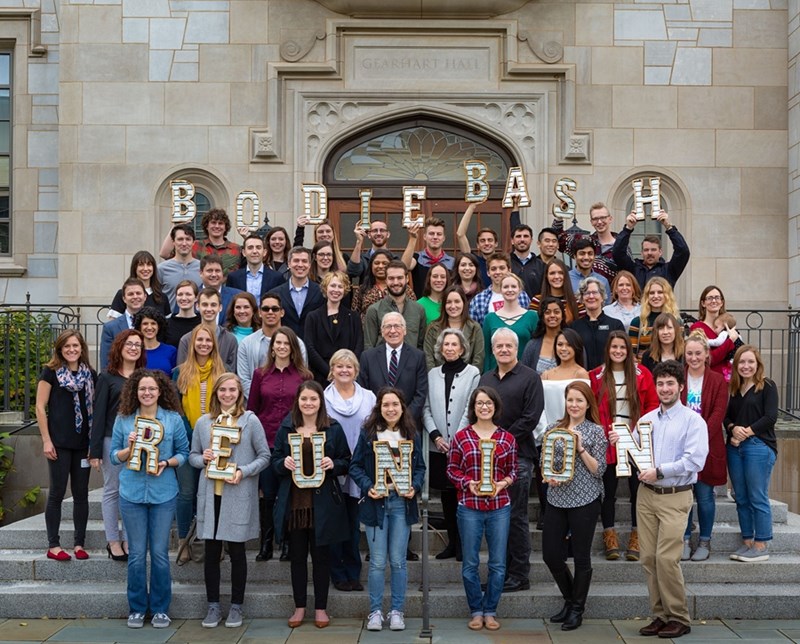 The University of Arkansas Honors College won recognition in the 2020 CASE District III Awards Competition, which this year received nearly 1,000 entries from universities across the Southeast. The Silver Award of Excellence in the Alumni Relations Fundraising Project, Event or Program category recognizes the 2018 Bodie Bash, which celebrated the 20th anniversary of the Bodenhamer Fellowship, one of the most prestigious merit-based scholarships awarded by the University of Arkansas. This is the sixth CASE Award to recognize Honors College communications and events.

"A committee of 11 alumni fellows, chaired by Rachel Fiori, contributed greatly to the success of the event," said Lynda Coon, Honors College Dean. "This latest award also validates the hard work and creativity of our staff as well as the value of collaborative efforts with our friends in University Relations and Annual Giving."

"Of course, our greatest takeaway from the Bodie Bash was the chance to reconnect with stellar alumni and three generations of the Bodenhamer family," said John Treat, director of development for the Honors College. "These are some of the U of A's most exceptional and dynamic alums who all share a special bond with each other and with the Bodenhamer family.  The camaraderie at all of the weekend's events was incredible."

The Bodenhamer fellowship was established in 1998 by alumnus Lee Bodenhamer, B.S.B.A.'57, M.B.A.'61, a staunch UA supporter who washed dishes to pay his way through school at the U of A. The Bodie Bash drew 44 alumni — more than one-third of the fellows — to campus, with a total of 76 in attendance. They traveled from points across the U. S. and abroad — Seattle, San Francisco, New York City, Washington, D.C., Detroit, Warsaw and London. Events included a private tour and dinner at Crystal Bridges Museum of American Art, an informal networking lunch with current honors students, a gala dinner, and the biggest Bodenhamer group photograph ever taken.

Team members included John Treat and Reynelda Augustine-Robinson, assistant director of development, who spent the better part of 2018 organizing all aspects of the weekend celebration, from tracking down alumni addresses to hosting a banquet that elicited heartfelt reminiscences. Kendall Curlee, director of communications, and designer Leigh Prassel and photographer Russell Cothren, both with University Relations, developed communications featuring the "Bodie" nickname, neon colors and 20 years of group photos to signal that the event would be fun, not formal.

The Honors College also created a keepsake booklet that included "Longterm Investments," an article on Bodenhamer and the family legacies that shaped his philanthropy, and alumni updates. This booklet was shared with all Bodenhamer Fellows and provides a useful talking piece for advancement and recruitment staff. The article also appeared in Arkansas, the University of Arkansas alumni magazine, and A+, the Honors College magazine, leveraging work on the event for future fundraising and outreach initiatives.