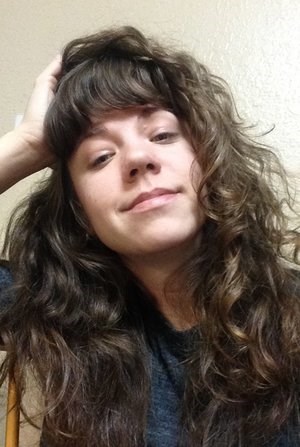 Playwright Sarah Loucks, a student in the Department of Theatre's Master of Fine Arts program.

The Department of Theatre in the J. William Fulbright College of Arts and Sciences at the University of Arkansas presents an evening of staged readings and thought-provoking conversation starting at 5 p.m. Saturday, Jan. 18, in the Global Campus Black Box Theater on the Downtown Fayetteville Square, at 2 East Center Street.

The centerpiece of the event will be a staged reading of Massive Ordnance Air Blast, a new play by M.F.A. playwright Sarah Loucks, based on a story by Sarah Loucks and Matthew Spain and directed by guest artist Jared J. Stein.

The evening will begin at 5 p.m. with a concert reading of Fernando Arrabal's short play, Picnic on the Battlefield, an absurdist comic masterpiece examining the consequences of modern war. Afterward guest artist Jared J. Stein will host a lecture and Q&A session on European avant garde theatre.

After an intermission break for dinner, the lecture will be followed by a 7:30 p.m. staged reading of Massive Ordnance Air Blast, which also examines the consequences of modern war.

"This is an amazing opportunity to see Spanish playwright Arrabal's masterpiece about the absurdities of the Spanish Civil War in conversation with one of our gifted M.F.A. playwright's response to recent wars," said John Walch, head of the M.F.A. in playwriting program in the Department of Theatre and Loucks' faculty advisor.

"Sarah's play is incredibly timely, and both captures and reimagines the gallows humor of the absurdist movement," he added. "We're excited that we were able to bring in Mathew Spain to help continue to shape the story and guest director Jared J. Stein, to help guide this development process."

Tickets are free and no reservations are required. While attendance at all three of the evening's events is recommended, it is not required. 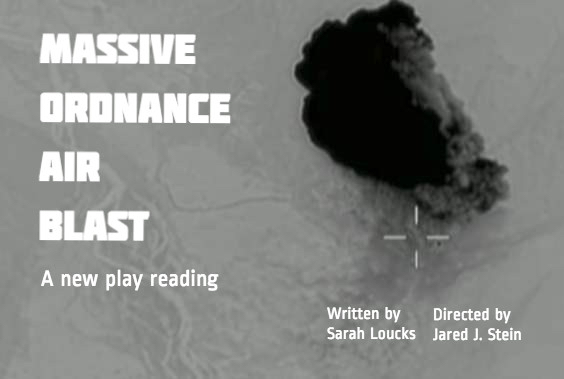 Fukowski is getting a divorce. Bailey has a new girlfriend. Mehmed is going to Disney World. Mills just wants to sleep. Massive Ordnance Air Blast is a play about the largest non-nuclear bomb in the American military's arsenal and four soldiers sent to watch it explode. As they wait for the bomb to fall, they fantasize about going home, but not everyone is going back to the same home they left behind. Massive Ordnance Air Blast explores the relationship between violence, class and the military industrial complex through the context of the GBU-43/B MOAB, which was dropped over the Nangarhar Province of Afghanistan in April of 2017. This new play asks: What does it mean for soldiers to go home when home feels just as foreign as the country they're fighting against?

ADVISORY/WARNING: This play-in-progress explores themes of war and brutality. It contains derogatory, offensive language and violence. 18 or older only.

About the Playwright and Collaborators

Sarah Loucks (playwright) is a playwright and theatre maker. She produces her plays under the name MouthRadio in Austin, TX and is currently an M.F.A. candidate in the playwriting program at the University of Arkansas. Most recently, Loucks produced a performance festival dedicated to Dolly Parton called Dolly Fest 2019 in Austin. She often writes about class, labor and American entropy. Loucks is grateful to the University of Arkansas for assistance in bringing this project to life. Massive Ordnance Air Blast was commissioned by Forward Flux Productions Three New American Plays Festival.

Matt Spain (story co-author and consultant) is a mechanic, history lover, and storytelling enthusiast based in Austin, TX. He is a veteran of the U.S. Army where he learned to work on tanks. He is now a mechanic at Sunbelt Construction Rentals in Austin. His most recent theater experience was performing in MouthRadio's production of Landscape Mechanical in Austin.

Jared J. Stein (director) has directed and written plays, and has contributed as writer, director and/or dramaturg to performances incorporating drama, object, movement, and media-based approaches for venues around the world. Currently, he is resident playwright of cheLA in Buenos Aires and senior research artist for UCLA's Center for Research in Engineering, Media and Performance. From 2005-2012, he co-directed the Rhodope International Theatre Laboratory, which brought artists together to create work with diverse forms from multiple countries each summer in a mythological birthplace of performance on the Greek-Bulgarian border. From 2002-2004, he was resident playwright of the Rhodope Drama Theatre, where the lab would be based. Stein has also directed and taught at a number of conservatories and universities and has been a visiting faculty member at the National Academy for Theatre and Film Arts in Sofia, Bulgaria and Southwestern University in Georgetown, TX, among others.