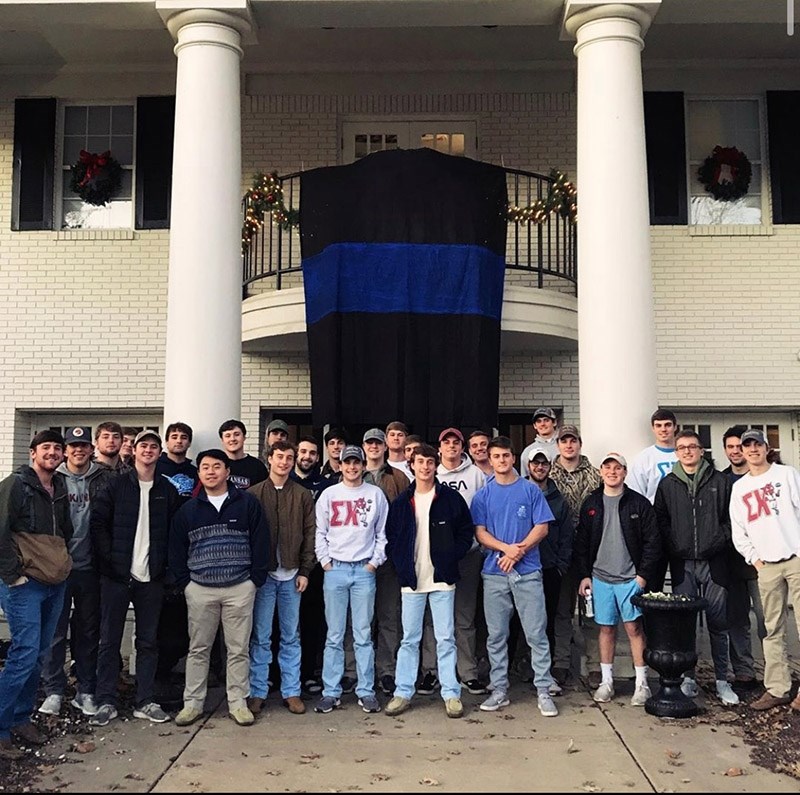 Members of the Sigma Chi fraternity stand under a black banner with a blue stripe, honoring Stephen Carr, a Fayetteville police officer who was killed Dec. 7.

The University of Arkansas Greek Community was saddened to hear about the events that unfolded the night of the Dec. 7, when Stephen Carr, a Fayetteville police officer was slain outside the Fayetteville Police Department's office near the Fayetteville Square. In an effort to show support for the men and women in blue, the Interfraternity Council worked along with its member chapters as well as other sororities to display acts of kindness this past week toward local law enforcement agencies.

"Our law enforcement and first responders are the foundation of this amazing community," said Matthew Schoenfelder, Greek Life graduate assistant. "We greatly appreciate the sacrifices they make to keep us safe."

Throughout the week, various Greek chapters displayed black and blue banners on their house in support of law enforcement officers.

"As a fraternity, we wanted to show response for Officer Carr and the entire law enforcement community," said Matthew Minnick, chapter president of Kappa Sigma. "It was a small gesture to show our support for a community that has done so much for us the entire city of Fayetteville."

Another chapter president, Phil Necessary, Sigma Alpha Epsilon, shared that his chapter "wanted to honor a hero who sacrificed his life to keep our local community and citizens safe."

In addition to hanging banners, IFC also worked with local businesses to provide breakfast and dinner for local law enforcement agencies on the day of Officer Carr's funeral, which was held Thursday at Bud Walton Arena.

"With such a busy day of activities and those still having to report for duty providing a meal was the least we could do," said Parice S. Bowser, director of Greek Life. "Our ultimate goal was focusing on their immediate needs which included a meal along with hot coffee."

"We can't thank them enough for their continuous support," said Mason Barr, president of the Interfraternity Council. "Therefore, in times like this, it is our duty to support them as well."

UA Greek Life and the Interfraternity Council would like to personally thank Rick's Bakery of Fayetteville, Eureka Pizza on Leverett Street and the Starbucks off Joyce Boulevard for their donations. 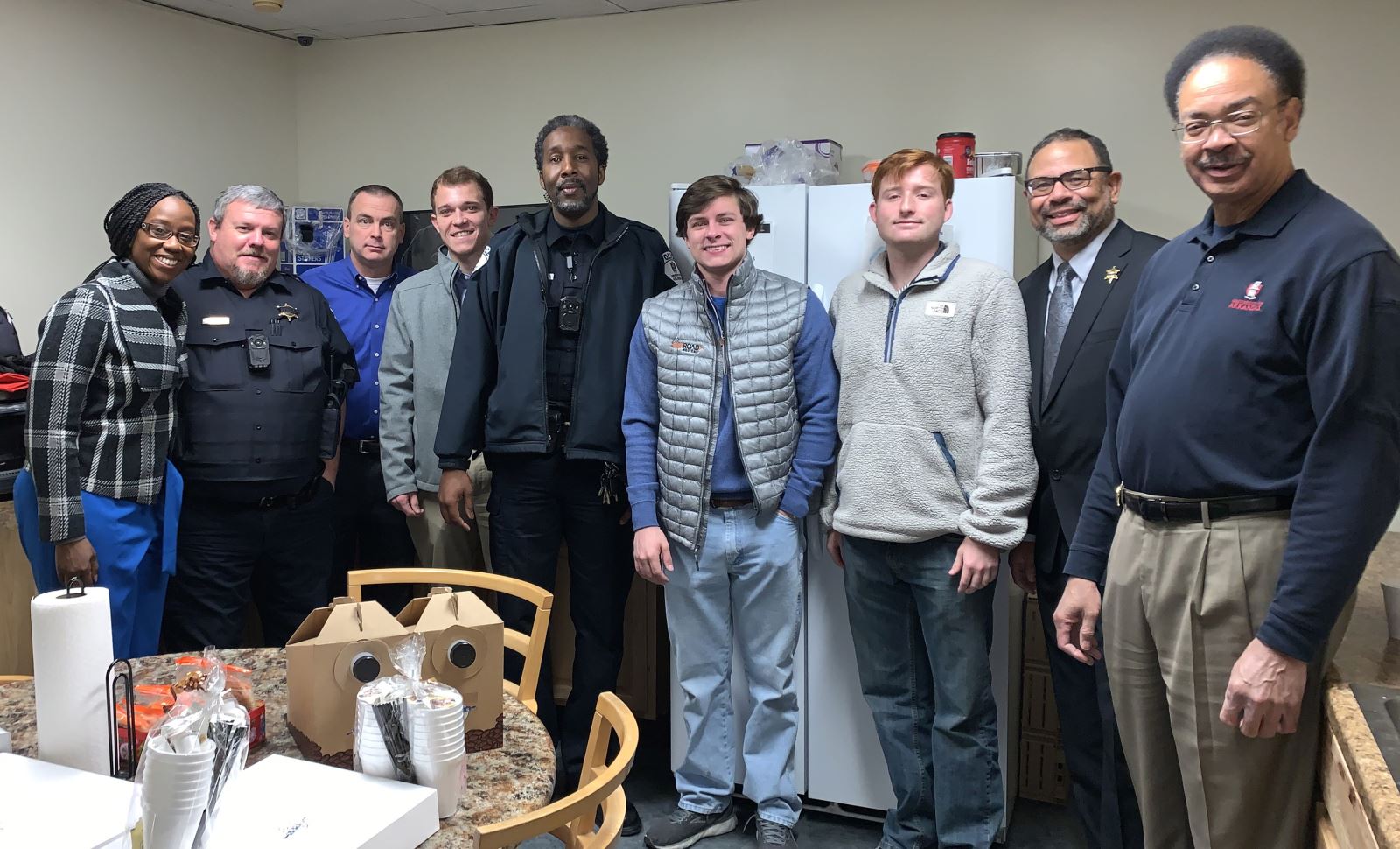 Members of the Intrafraternity Council brought coffee and food for staff and officers of the University of Arkansas Police Department.