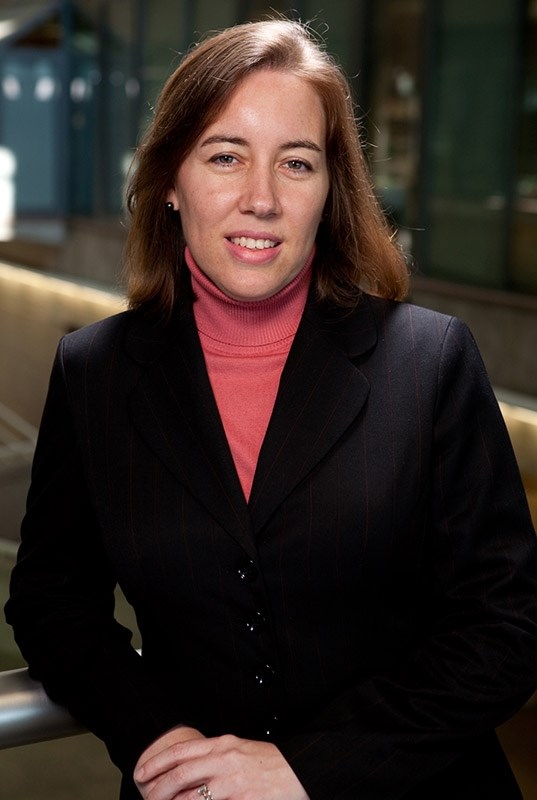 FAYETTEVILLE, Ark. – The Transportation and Maritime Analytics Partnerships Hub, or “TransMap,” will leverage big data – information gleaned from a massive network of interconnected devices – to provide real-time, interactive maps and other geospatial data that will help government agencies and industry plan, build and maintain transportation infrastructure.

Over the next three years, researchers at the University of Arkansas will use a $1.5 million award from the U.S. Department of Transportation Maritime Administration to develop TransMap. The research will include new systems and technologies, made possible by the so-called “Internet of Things,” that will ensure a reliable and efficient transporation network, including roads and highways, rail lines and waterways.

“Efficient, resilient and sustainable multimodal transportation is a national priority,” said Heather Nachtmann, professor of industrial engineering and director of the U of A-led Maritime Transportation Research and Education Center, or MarTREC. “Forward-thinking policymakers understand that we must rely on large-scale datasets, which already exist, to meet the challenges of our nation’s complex and ever-changing transportation system.”

Nachtmann and colleagues Justin Chimka and Chase Rainwater, associate professors of industrial engineering; Jackson Cothren, professor of geosciences and director of the Center for Advanced Spatial Technologies; and Jim Kruse, director of the Center for Ports & Waterways at Texas A&M Transportation Institute, will exploit existing smart technologies and software to develop a new, integrated system that will capture, curate and disseminate high volumes of data in visual format. TransMap will be a “visual decision space,” as Nachtmann calls it, an interactive map and decision-support tool that will help transportation officials plan and manage infrastructure, while also giving ordinary citizens a powerful tool to efficiently evaluate increasingly complex transportation networks.

“The role of visual realism in communicating and understanding spatial change and process is critical in making good decisions about building, managing and maintaining transportation infrastructure,” Nachtmann said.

The researchers will rely on the so-called “Internet of Things,” a rapidly developing system of interrelated computing objects and devices with embedded sensors and on-board data processing and communication systems that provide automated services that would otherwise would not be possible. Rather than a single technology, the Internet of Things involves the convergence of sensors, actuators, information and communication technologies that work together to collect and aggregate information and enable intelligent systems to understand context and track and manage complex interactions.

This funding was secured largely by the efforts of U.S. Sen. John Boozman. “Senator Boozman personally played a large role in conveying the university’s unique capabilities to ensure this important program was funded,” Nachtmann said.

Nachtmann is associate dean for research in the College of Engineering. She holds the Earl J. and Lillian P. Dyess Endowed Chair in Engineering.