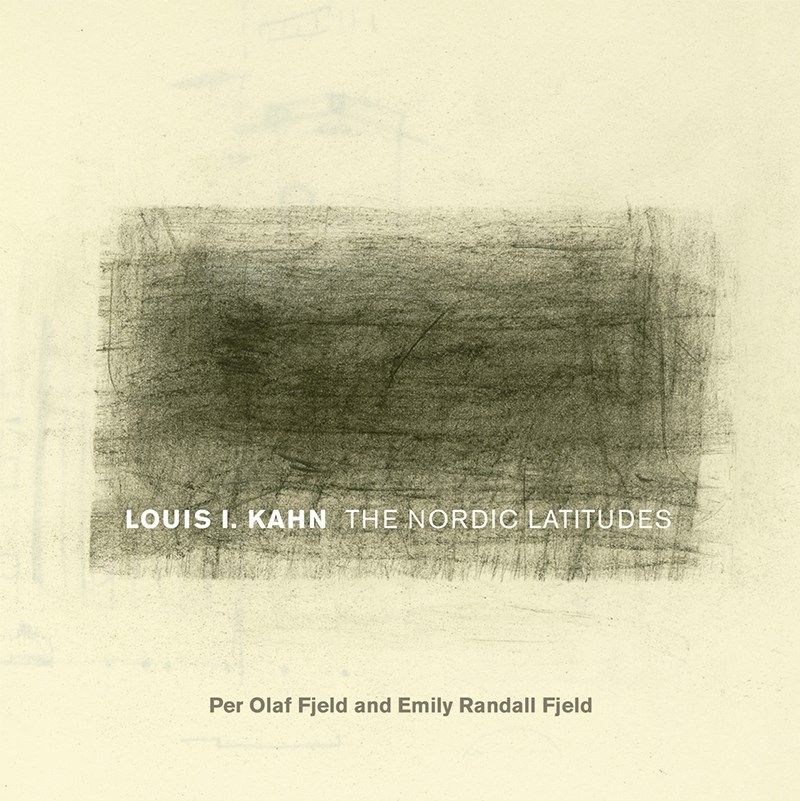 Photo by University of Arkansas Press

The book Louis I. Kahn: The Nordic Latitudes, by Per Olaf Fjeld and Emily Randall Fjeld, is the newest release in the collaborative publishing venture between the University of Arkansas Press and the Fay Jones School of Architecture and Design.

FAYETTEVILLE, Ark. – The University of Arkansas Press recently published Louis I. Kahn: The Nordic Latitudes, by Per Olaf Fjeld and Emily Randall Fjeld, in collaboration with the Fay Jones School of Architecture and Design at the university.

A reception for the book will be held at noon Wednesday, Dec. 11, in Vol Walker Hall, home to the Fay Jones School. The University Bookstore will be on hand to sell copies of the book, at $49.95 each. Per Olaf Fjeld will also sign copies of the book.

Louis I. Kahn is a personal reading of the architecture, teachings and legacy of Louis I. Kahn, one of the 20th century’s most important architects. Per Olaf Fjeld — a former student of Kahn’s and a practicing architect and teacher — and his coauthor Emily Randall Fjeld offer a study of Kahn that relies on a deeper awareness of Kahn’s Nordic and European connections than found in most other accounts of the architect’s formation. Kahn’s early childhood in Estonia and the cultural milieu of his birthplace figure prominently in this exploration, as do his travels and relationships with other architects, including his lifelong friendship with the Norwegian architect Arne Korsmo.

The authors have also gathered personal reflections and archival material to illuminate Kahn’s studio teaching and creative vocabulary, providing a robust picture of life in Kahn’s famous masterclass. At the heart of this effort, they have condensed the notes that Per Olaf Fjeld kept as a student, capturing verbatim much of the wisdom that Kahn imparted to one of his final masterclasses.

“The Fay Jones School of Architecture and Design, in collaboration with the University of Arkansas Press, is pleased to bring forward into publication Louis I. Kahn: The Nordic Latitudes, authored by the Norwegian architect and educator Per Olaf Fjeld together with his wife and partner, the American-born artist Emily Randall Fjeld,” said Dean Peter MacKeith. “This book builds upon the series of publications that the Fay Jones School has undertaken over the last 10 years in partnership with the U of A Press — a collaboration initiated by professor Jeff Shannon during his tenure as dean and developed subsequently in his role as executive editor of the collaborative publications.

“Louis I. Kahn: The Nordic Latitudes expands this legacy and, by extension, celebrates the school’s namesake, the internationally renowned architect and educator Fay Jones, himself a former dean of the school. The example Jones set — intertwining the ambitions and ideals of professional practice with the ambitions and ideals of a professional education in architecture — remains fundamental to the perspectives, curricula and overall educational character of the school that now proudly bears his name. Highlighting the life and work of another internationally renowned architect, Louis I. Kahn: The Nordic Latitudes may be seen as an emblem of the school and of the school’s place in architecture culture more generally.”

Louis I. Kahn is part of the Fay Jones School of Architecture and Design / University of Arkansas Press Collaborative Series, a venture that pursues projects that document and celebrate creative achievements in various forms of environmental design, design preservation and design history.