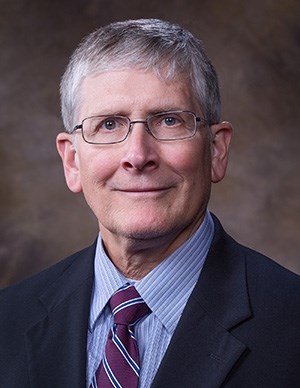 As part of the Pryor Center Presents lecture series, George Sabo, director of the Arkansas Archaeological Survey, will present "Surprise Encounter with Crescent Hotel History in Eureka Springs" at 6 p.m. Wednesday, Dec. 11, at The David and Barbara Pryor Center for Arkansas Oral and Visual History in the J. William Fulbright College of Arts and Sciences.

In February 2019, ground maintenance staff at the Crescent Hotel in Eureka Springs uncovered a buried cache of specimen bottles, some containing suspected tissue and medical samples thought to be associated with a 1930s hospital operation in the hotel run by Norman Baker, who claimed to offer miracle cures for cancer.

Following an examination of the area by the State Police, the Arkansas medical examiner, and an Arkansas Department of Environmental Quality HAZMAT team, Arkansas Archeological Survey-UAF research station staff Mike Evans and Jared Pebworth spent several days at the site in April excavating an early- to mid-20th century trench dug to provide a place for burying the specimen bottles.

The salvage operation was, for a brief time, a sensational news item covered by print and broadcast media. Sabo will summarize the curious and sometimes amusing juxtaposition of historical and scientific explanations shaded by tales of ghosts and hauntings offered by hotel staff and proprietors.

Sabo's research centers on human/environment relationships, expressive culture (art and ritual) among Southeastern Indians from pre-contact to modern times, American Indian interactions with European explorers and colonists in the Southeast, and the anthropology of history in modern Caddo, Osage and Quapaw communities in Oklahoma. Sabo's current projects include a study of 15th-18th century art, ritual and social interaction in the central Arkansas River Valley.

The Pryor Center is located at 1 E. Center St., Suite 120, and parking is available on the Fayetteville Downtown Square. The event is free and open to the public. Go to our website at pryorcenter.uark.edu to add our events calendar to yours.